On 7th April, the INFOGEST and UNGAP research networks will host an online workshop on “Dynamic in vitro digestion models”.

The workshop is aimed at researchers and industry in the food and pharmaceutical sectors and will feature 11 an international programme of speakers (see below). The webinar will be hosted by Dr André Brdodkorb (Teagasc), Dr Didier Dupont (Inrae, France) and Professor Patrick Augustijns (University of Leuven, Belgium).

The European Network on Understanding Gastrointestinal Absorption-related Processes (UNGAP) is a multidisciplinary network of scientists aiming to advance the field of intestinal drug absorption by focusing on four major challenges: (i) intestinal absorption in specific patient populations, (ii) regional differences along the gastrointestinal tract, (iii) the intraluminal behaviour of advanced formulations, and (iv) the food-drug interface. 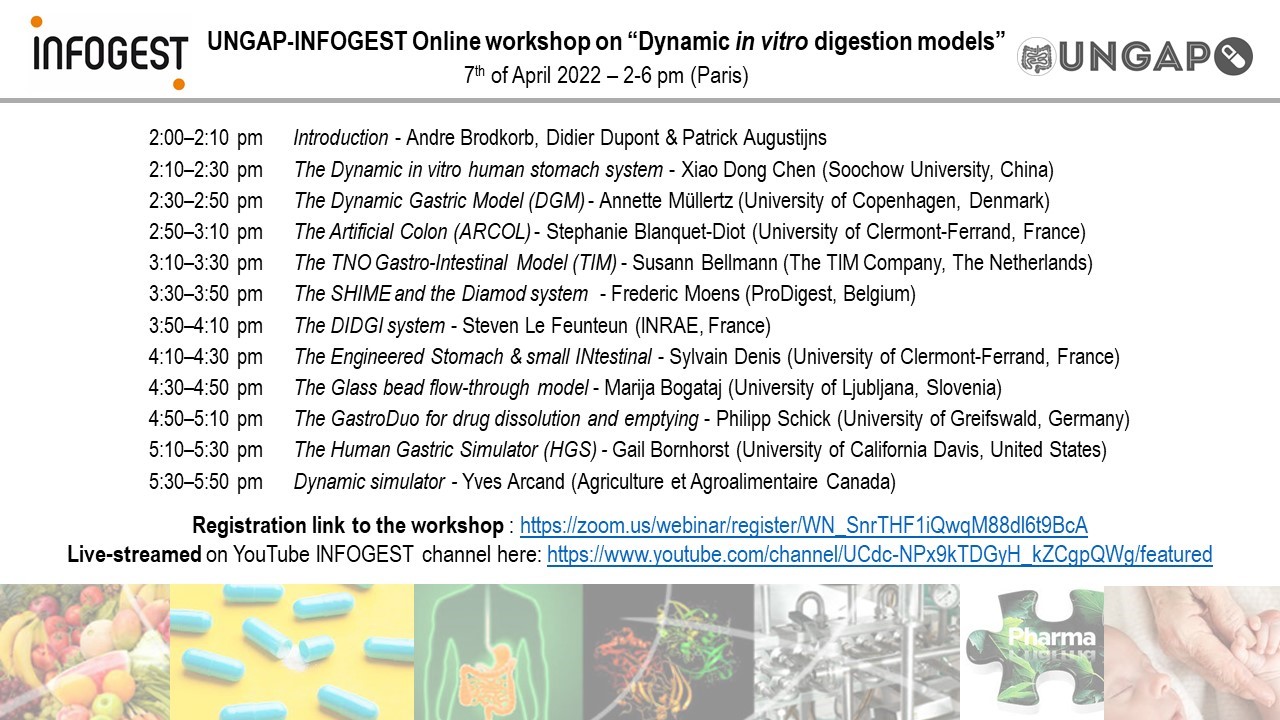