World renowned animal behaviour expert Professor Temple Grandin was one of the keynote speakers at ICoMST 2017 this week in Cork. Her talk focussed on on-farm conditions that compromise animal welfare that can be monitored at the slaughter plant. She said that handling and stunning at slaughter plants has greatly improved through the use of numerical scoring. Her presentation encouraged the use of numerical scoring systems at the slaughter plants to assess conditions that compromise welfare that occurred either during transport or on the farm. She explained: “Some of the transport problems that can be assessed are bruises, death losses, and injured animals. Welfare issues that occurred on the farm that can be assessed at the abattoir are body condition, lameness, lesions, injuries, animal cleanliness and internal pathology”. She went on to say that there are important welfare issues that cannot be assessed at slaughter. They are on-farm euthanasia methods, use of analgesics during surgeries, and the type of animal housing systems. She stressed that welfare evaluations at slaughter have the potential to greatly improve welfare.

Professor Grandin is a designer of livestock-handling facilities and a Professor of Animal Science at Colorado State University. Facilities she has designed are located in Ireland, the United States, Canada, Europe, Mexico, Australia, New Zealand, and other countries. In North America, almost half of the cattle are handled in a centre track restrainer system that she designed for meat plants. Curved chute and race systems she has designed for cattle are used worldwide and her writings on the flight zone and other principles of grazing animal behaviour have helped many people to reduce stress on their animals during handling. Professor Grandin is also is also internationally famous as a spokesperson on autism and was the subject of the award-winning, semi-biographical film, Temple Grandin.

ICoMST 2017 took place at the Rochestown Park Hotel during August 13-18, 2017, and the organising committee was chaired by Teagasc’s Assistant Director of Research Declan Troy. 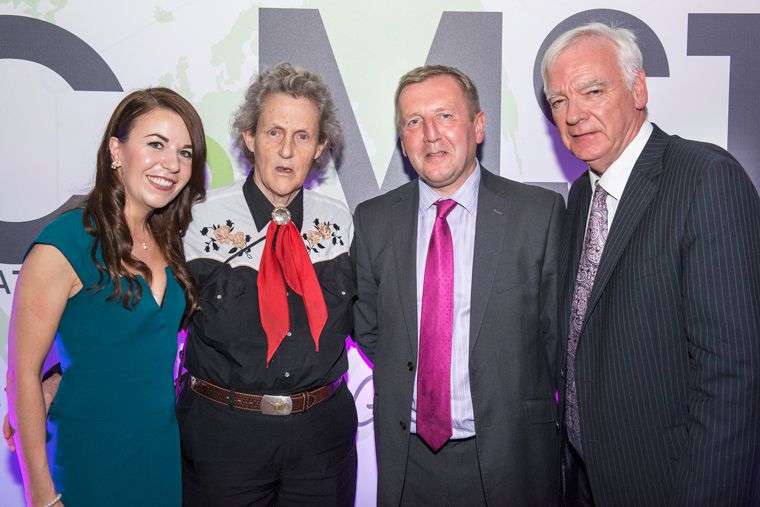