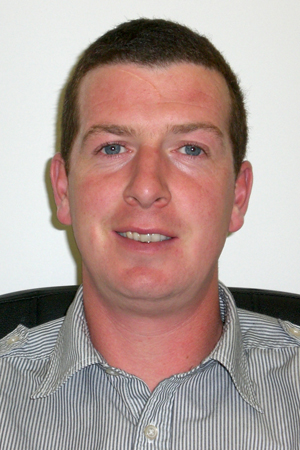 James Keane has been appointed as the new manager of the Teagasc advisory service in county Mayo. The appointment was made by the Teagasc Authority at its meeting in Oak Park Carlow yesterday. He will take over in late April from Peter Leonard who is retiring after a long career in Teagasc.

Teagasc provide advisory services to farmers, and education courses to students, in county Mayo through a team of advisors and education officers based in Ballina, Ballinrobe, Claremorris and Westport.

James Keane is currently working as a cattle knowledge transfer specialist in Teagasc covering the West and Midlands region. In this role he would have helped cattle farmers and the wider beef industry to increase the adoption of technology at farm level to improve performance on farms. He has worked with Teagasc research teams, and with advisors and specialists to develop the Teagasc beef programme.

From a farming background in county Leitrim, James previously was a Teagasc Business and Technology Drystock advisor in Longford. He began his career with the organisation in 2001 initially based in Cavan. He qualified with a B.Agr.Sc from UCD and then completed a Masters in Environmental Science.

Congratulating James Keane on his appointment, Head of the Teagasc Advisory service Dermot McCarthy said: “James has a good track record of collaborating with other organisations through his roles with the Newford suckler demonstration farm in Athenry and through the Teagasc/Green Acres calf to beef programme which will stand to him as Teagasc co-operate with all the organisations involved in agriculture and rural development in Mayo.”

“I would also like to acknowledge the contribution of Peter Leonard to the development of farming and horticulture in Mayo during his 40 year career in Teagasc, and especially the leadership role he has played in recent years as manager of the advisory service in the region. He was deeply involved in the development of the mushroom industry in the West and a well-known authority on mushrooms in Ireland. He was also committed to improving Teagasc’s communication with all involved in farming,” said Dermot McCarthy.

Speaking following his appointment James Keane said: “I am really looking forward to this new challenge. We have a strong team of advisors in Mayo and there are some great progressive farmers in the region doing a really good job in beef, sheep and dairying. Our education courses are also really strong in the county and that is providing a solid group of well-trained farmers in the region which is really positive for the future of farming in the area.”