Dr Noirin McHugh is working on the Teagasc INZAC Flock project in Athenry, which is comparing genetic differences between Irish and New Zealand sheep. Imported to Ireland in 2014 & 2015, the New Zealand ewes were selected based on their superiority for maternal type traits. By collecting information on lambing, growth, health, feed intake and carcass traits, the primary goal is to increase understanding of genetics, and potentially breed Irish sheep with NZ sheep (which is currently being trialled on selected Irish farms) to improve the yield and general practice. Noirin will speak about this project on tonight’s episode of 10 things to know about Genetics, which will be broadcast on RTÉ One at 8.30pm. Noirin explains: “Early results from the INZAC flock has highlighted the importance of genetics in improving animal characteristics such as lambing performance, ewe milk yield, lamb growth and thereby overall flock performance. This emphasises the critical role of genetics in improving productivity within the Irish sheep flock.”

And what would happen if you could change the function of a gene, take away the gene completely, or make the gene more active? Though not without controversy, Gene Editing is an incredibly exciting prospect in the world of molecular biology with CRISPR emerging as a hugely powerful technology that’s being used to explore gene function and genome editing in animals and in plants. Agricultural science has been the first field to benefit from the technology and tonight’s episode features the plant researchers who are investigating the use of ‘biological scissors’ to achieve the same outcome as we can get from traditional breeding, just faster.

Barley is the fourth largest cereal crop after maize, rice and wheat with 132 million tonnes produced annually. For thousands of years, barley has contained disease-resistant genes that are hugely important in terms of successful harvests, but 2017 has been a particularly bad year for the crop, so could gene editing benefit Irish farmers? Recently, we’ve discovered that these resistance genes (r-genes) have become susceptible genes (s-genes) and the plants are far more likely to become diseased. However, scientists have discovered that by simply turning off these genes, they can turn those s-genes back into r-genes, effectively resetting their natural resistance and protecting the plants from disease, potentially for a further thousand years! Teagasc Plant Geneticist Dr Ewen Mullins features on tonight’s show to explain more.

Ewen explains: “The tillage industry underpins our dairy and beef sectors but tillage farmers are facing significant challenges that we have to address. The increased threat of crop diseases, coupled with a decrease in the available options to control those diseases, challenges the continued sustainability of our primary tillage crops. Developing resistant crops is key, and breeders have relied for over 70 years on breeding processes such as mutagenesis to achieve this. The problem with mutagenesis, however, is that it is cumbersome and wildly inaccurate. In contrast, gene editing is an upgraded form of mutagenesis that is effective and highly accurate; in effect it is mutagenesis v2.0. By putting a simple ‘edit’ (i.e., cut) in the code of a single plant gene, it is possible to change how plants respond to stress. Already, existing varieties are being enhanced around the world via editing to counter specific diseases (e.g., mildew resistant wheat). With editing we have the opportunity to generate resistance to those diseases that threaten our crops the most.”

Also in this episode, Alison Van Eenennaam, leading Animal Genetics Expert from the University of California will discuss the future of gene editing technologies, while Dr Siobhán O'Sullivan explains the ethical challenges that must be considered alongside with any genetic advances. And in Weird Science, presenter Fergus McAuliffe asks if advances in gene editing could enable the return of a prehistoric animal from extinction in the form of a ‘mammophant’! 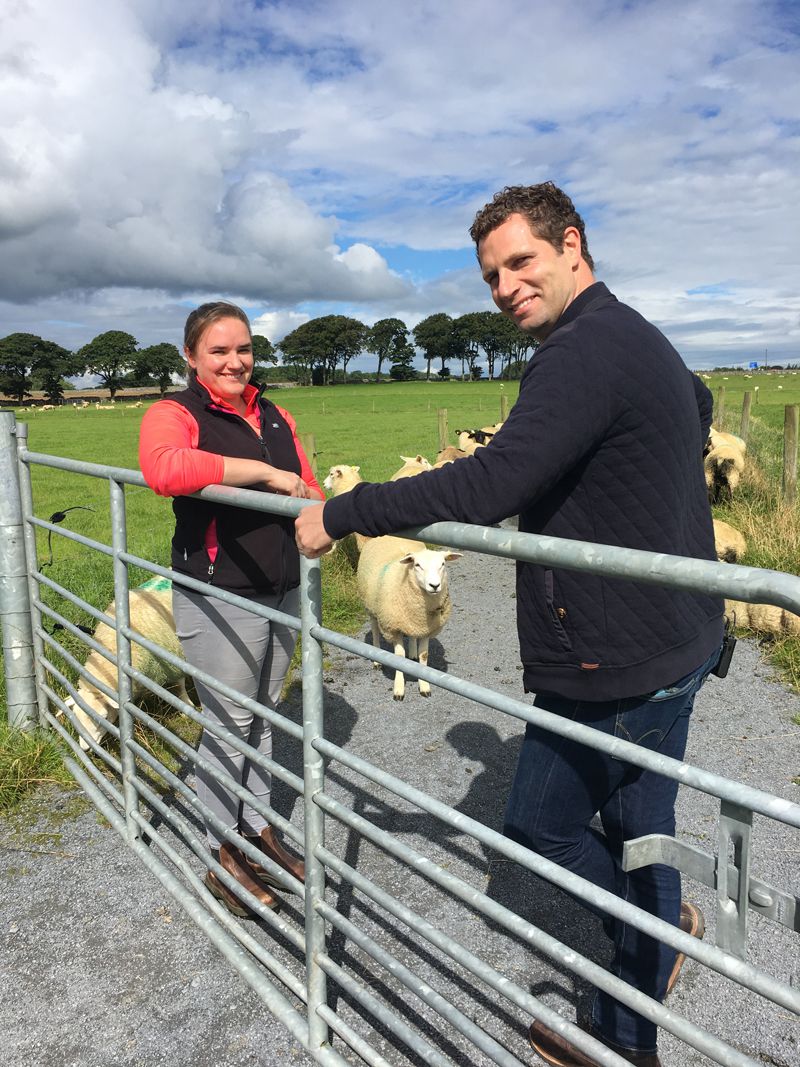 Dr Noirin McHugh, Teagasc with presenter Jonathan McCrea on tonight’s 10 things to know about Genetics on RTÉ One at 8.30pm.