New Head of Teagasc Crops, Environment and Land Use Programme

Teagasc has appointed John Spink as the Head of its Crops, Environment and Land Use Programme for a five year term. Based at Teagasc, Oak Park, Carlow, John Spink will lead the organisation’s national tillage, forestry, horticulture and environmental, research and knowledge transfer programme. The appointment was approved by the Teagasc Authority at its June meeting 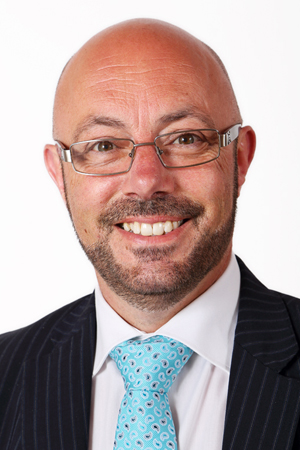 John graduated with a degree in Agricultural Science from the University of Leeds, before starting his professional career as a crop physiologist at Rothamsted Research. From Rothamsted he moved to ADAS based in Hereford in the west of England, where he worked for nearly 20 years, ending up leading the agronomy, crop physiology, crop protection and renewable energy work.  In 2009 he moved to Teagasc Oak Park, and he became head of the crops research department in 2010.

Speaking after his appointment John Spink said: “‘The work done in the Teagasc Crops, Environment and Land Use Programme (CELUP) is important nationally, and recognised internationally, not just for the quality of the research, but for the way it links through to practice through close collaboration with Teagasc colleagues in the Teagasc knowledge transfer directorate. We will look to build on both, the quality of the research, and linking it through to practice, to improve the competitiveness of our sectors as well as underpin the sustainability of the agricultural industry as a whole.”

Congratulating John Spink on his appointment, Teagasc Director of research, Professor Frank O Mara said: “Our research in Oak Park, Johnstown Castle and in the new horticulture and forestry facilities in Ashtown is providing important science based solutions to the many challenges facing the cropping sectors. Our environmental research is helping to maintain and improve the environment across all farming enterprises.”

The vacancy arose following the retirement of Paddy Browne earlier this year after a long and distinguished career in Teagasc.