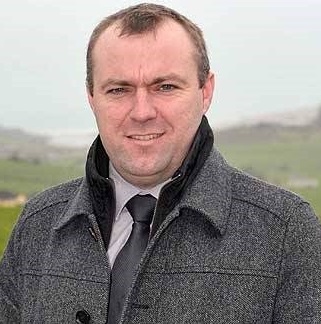 Teagasc has appointed Keith Kennedy as the new Principal of the Agricultural College in Clonakilty, Co Cork. He fills the position vacated by Majella Maloney, who has been appointed as the Teagasc Regional Advisory Manager for the Limerick/Kerry region.

Keith Kennedy qualified with a degree in Agricultural Science from the University of Wales, Aberystwyth. He went on to receive a postgraduate diploma in grassland improvement, also from the University of Wales. Originally from Rathgormack, in County Waterford, Keith started his career in 2000 as a teacher in the Salesian Agricultural College, Pallaskenry, Co Limerick. From there, he joined Teagasc to teach in Clonakilty for five years, followed by three years teaching in Kildalton Agricultural College, Pilltown, Co Kilkenny. He then returned to Clonakilty where he filled various roles, most recently as Assistant Principal in the college.

Speaking on his appointment, Keith Kennedy said: “Clonakilty Agricultural College has developed and evolved significantly in the years I have been based in Clonakilty. We have a wider range of courses for people that seek a career in agriculture, and the agri-food sector, in both a full and part-time capacity. We have developed close education links with Cork Institute of Technology and the Institute of Technology, Tralee which provide qualifications up to Level 8. The college has excellent resources to provide agricultural training in a farming region that has seen a marked increase in dairy production. The college, along with its strong links with Teagasc Moorepark’s research programme, works with the farming community in Cork and the wider Munster region in exploiting the potential of their farms”.

Congratulating Keith on his appointment, Head of Education in Teagasc, Tony Pettit said: “Keith’s experience of having worked in three Irish agricultural colleges and having trained in Wales, brings a wealth of national and international experience and knowledge to this role. He has an excellent track record as an educator, and he will play a pivotal role in the leadership of agricultural education in Ireland.”