A Teagasc study provides the first detailed information relating to on-farm usage of antimicrobials in suckler beef and artificially-reared dairy calves from birth-to-6 months of age. 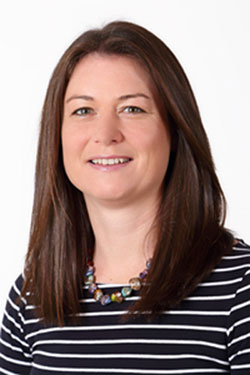 The highest risk period for disease in the present study was between birth and 1 month of age, with approximately two-thirds of all disease events occurring during this time period. The Population Correction Unit (PCU) is a measurement developed by the European Medicines Agency (EMA) and takes into account the animal population as well as the estimated weight of each particular animal at the time of treatment with antimicrobials. A value of 45 mg/PCU is indicated as a global estimation for cattle.

Genomic information is now included in both dairy and beef cattle breeding programmes. Its inclusion has produced obvious benefits such as the simultaneous improvement of both fertility and production traits in the dairy herd.

Platforms (referred to as “SNP chips”) have been developed to screen and quantify the variation among animals for tens of thousands of genetic markers, encompassing the entire bovine genome at the one time.  Health surveys were carried out and blood samples were collected from 1,392 beef and 2,090 dairy calves, from commercial farms in Ireland, during their first six months of life. A total of 2,400 calves with appropriate health phenotypic records were selected for genome wide association studies (GWAS) using the IDBv3 SNP chip to  identify genetic variants associated with immunity and health related traits in these calves.

Following further investigation and validation, these SNPs may be applied in future genomic breeding programmes to enhance the health status of cattle.

Grazing calves are naturally exposed to worms with infection resulting in ill-thrift.  Good worm control is dependent on the availability of effective wormers.   However, worms can develop resistance to the products used to treat them with resistant worms capable of surviving doses of wormer that should kill them.  All wormers belong to one of three classes: benzimidazole (1-BZ, white group); levamisole (2-LV, yellow group); or, macrocyclic lactone (3-ML, clear group).  When resistance develops to one product within a class all products in the same class are affected.

Researchers at Teagasc, Grange tested the efficacy of the 1-BZ and 3-ML wormers on 16 dairy calf-to-beef farms and found the 1-BZ wormer failed on 12 farms, while the 3-ML wormer failed on all 16 farms.  This indicates widespread wormer resistance on Irish cattle farms.

At the Beef 2018 open day in Grange, Co. Meath, Teagasc researcher Orla Keane advised farmers to find out and know what wormers are effective on their own farms.