Stan Lalor appointed as Director of Knowledge Transfer in Teagasc 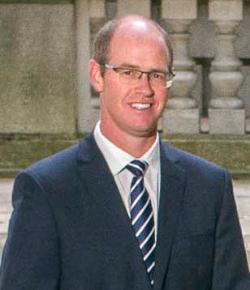 Dr. Stan Lalor has been appointed as Director of Knowledge Transfer in Teagasc, and will take responsibility to lead the education and advisory services. The appointment was approved by the Teagasc Authority at its meeting on Wednesday, 2 September.

He takes over from Professor Tom Kelly who retires later this year after serving as Director of Knowledge Transfer in Teagasc since 2010.

Dr. Stan Lalor graduated with a BAgrSc from University College Dublin in 2002, and subsequently a MAgrSc in Soil Science in 2005. He graduated with a PhD from Wageningen University, the Netherlands, based on his research work in the area of manure and nutrient management. He worked for over ten years with Teagasc, initially as an advisor and then as a researcher based at the Teagasc environment research centre in Johnstown Castle, Wexford. Dr Lalor joined Grassland AGRO as Head of Speciality Business in 2014 where his work has included the leadership and development of a technical advisory team and service.

Teagasc Chairman Liam Herlihy congratulated Stan Lalor on his appointment; “Stan brings a deep knowledge of Teagasc’s Knowledge Transfer and Research programmes, combined with strong commercial experience from the wider agriculture sector. I look forward to working with Stan in the coming years as Teagasc assists farmers with meeting the sustainability challenges.”