A survey carried out by Teagasc advisors on Tuesday 26th and Wednesday 27th of August estimates that 50% of this year’s tillage crops remains to be harvested. The recent storms, Ellen and Francis, brought strong winds and rain resulting in damage to crops nationwide. Many crops have fallen over with the worst affected loosing grain to the ground with estimates of over 20% yield losses in places. 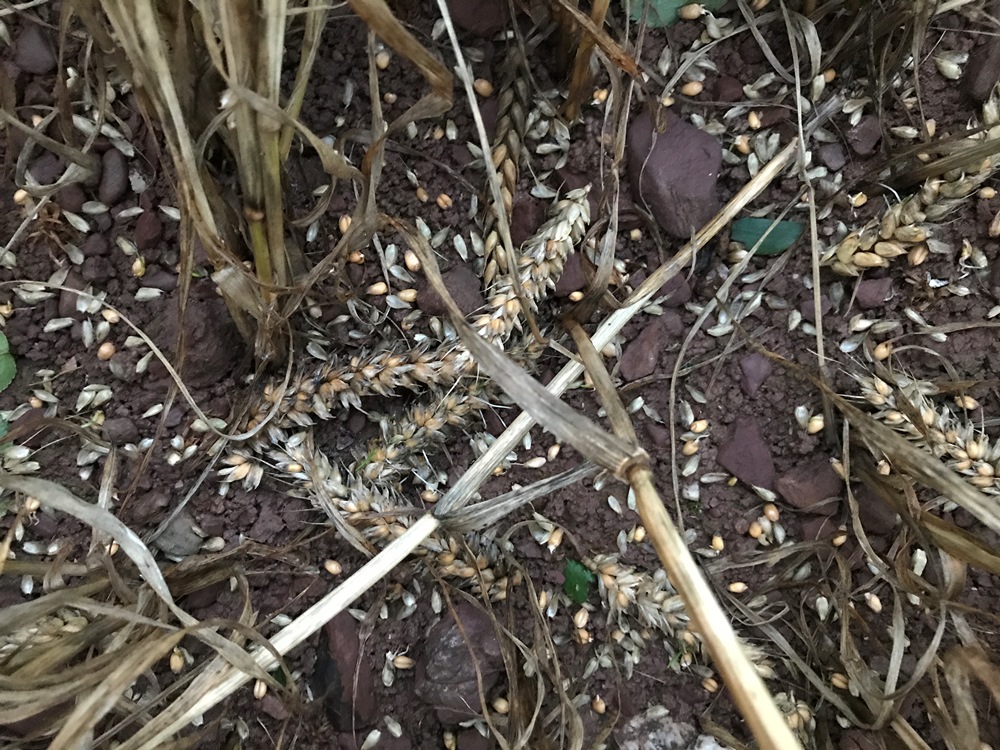 Less than half of the 140,000ha of spring barley is harvested while an estimated 30% winter wheat has been harvested at this stage. The North East is hardest hit where traditional winter cereals were replaced by later maturing spring crops due to wet weather last autumn.

Yields to date are extremely variable. Drought in April and May has had a big impact on yields in the midlands and the north east where some continuous winter wheat has only yielded 7.5t/ha. Spring barley yields have also been impacted.  Shay Phelan, Teagasc tillage specialist based in Teagasc Oak Park says “spring barley yields are below average in the midlands but crops harvested so far have yielded a little above expectation with averages of 6.25t/ha to date”.  Further south where the drought had the least impact, Teagasc tillage advisor Michael McCarthy says “exceptional yields of spring barley have been recorded to date with some growers achieving average yields of 8.0t/ha. The recent storms have had a major impact on yields with lodging and lower specific weight causing a reduction on both yield and quality”.

Straw yields are also reduced by up to 50% on most farms and saving the remaining straw will be difficult.  “The straw on the ground will be difficult to get baled and we expect straw quantity to decrease further” said Shay Phelan.  “The demand for straw is picking up however its taking a long time for livestock farmers to realise there isn’t the normal volume of straw available this year” added Shay.

Tillage farmer’s income will be substantially reduced this year and this is further compounded due to the deteriorating quality of many crops following the poor weather which resulted in the loss of premium markets for malting barley and seed crops. Rejections at malting barley intakes are increasing and Ciaran Collins, Teagasc tillage specialist, says that “Out of specification proteins and skinning have led to rejections to date and we are now seeing an increased level of rejections due to low grain weights”.  Grain skinning is where the outer husk of the barley comes away from the grain, leads to loss of malting efficiency and lower malt production. “The last time we had major losses from skinning was 2016 but the problem has returned this year”, added Ciaran , “Unfortunately this problem is likely to increase as the harvest progresses as wetting and drying of the grain tends to loosen the husk further making the problem worse”.

With such a large area of crops still to be harvested Michael Hennessy Head of Crop Knowledge Transfer Department in Teagasc acknowledges that tillage farmers’ will avail of every opportunity to harvest crops but advises that growers should limit traffic around fields and only unload on headlands where ground conditions are poor to protect the soil from damage. Teagasc have distributed information on this over the past week in the farming press.   Michael also added “Many farmers are facing a very difficult time as incomes will be substantially reduced.  Cash flow will be a problem for many farmers.  Teagasc are encouraging growers to talk to their local advisor during this difficult time to help with financial analysis, budgeting and general support during this difficult time”.