Professor Frank O’Mara, Director of Research at Teagasc, has just been confirmed as the incoming President of the EU Animal Task Force (ATF), and takes up the role in November. 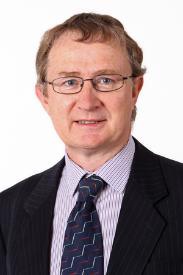 The ATF is an influential European Public-Private Partnership concerned with the role of sustainable and competitive livestock production within the food system.  It is a leading body of European expertise linking industry and research providers to promote innovation in the livestock sector.

Through its publications, conferences and high level briefings, the ATF is an authoritative voice on sustainable European livestock production for policy makers and other stakeholders. Commenting on his appointment, Professor Frank O’Mara said: "I am looking forward to taking up this important role and I would like to thank the members of the EU Animal Task Force for placing their confidence in me.  We are at a very important juncture for agriculture in the EU with the recent publication of the Farm to Fork and Biodiversity strategies of the Green Deal.  I am convinced that livestock production has a critical role in a fully functioning food system by exploiting the principle of circularity through minimising waste, delivering highly nutritious, safe and tasty food, and providing livelihoods for livestock farmers and others in the food chain".

Reacting to the announcement, Teagasc Director Professor Gerry Boyle said “Frank’s appointment to this important role is a hugely deserved personal recognition for him and reflects Ireland’s position as a significant producer and exporter of high quality milk and meat products. His appointment also reflects Teagasc’s high standing in Europe as a research and advisory organisation.  We are ranked 5th in terms of number of projects awarded in the agri-food stream of European funding since Horizon 2020 began in 2014 which is very satisfactory given our relatively small size.  As we grapple with important international issues like climate change and biodiversity, and the relationship between diet and health, it is increasingly important that Teagasc is well connected internationally".