Andrew and Leonie grow, mill, package and distribute their organic wheat, rye and spelt direct from their farm. Oats are also grown on contract for the organic porridge market. 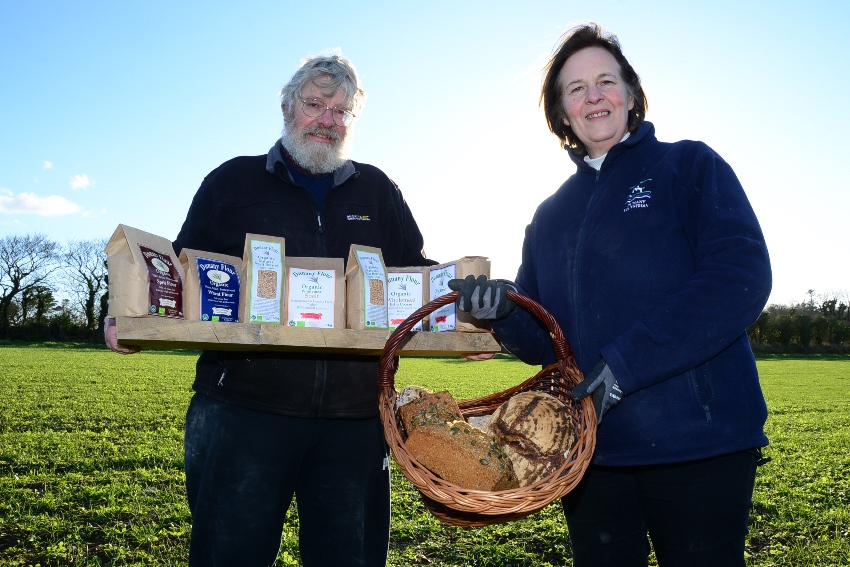 Andrew and Leonie Workman have been farming organically for the past 16 years.  From a tillage background growing cereals, there have been many changes in relation to the crops grown and routes to market since 2004.  A family farm business has evolved with the Workman’s now growing, milling, packing and distributing their organic wheat, rye and spelt direct from their farm. Oats are also grown on contract for the organic porridge market.

The total area of cereals on the farm at present is 66.5 hectares. This is divided between winter and spring crops.  Last October winter rye and spelt were sown. Andrew admits that they got off to a bad start due to waterlogging; however he is happy at how the crops look now.  On the 4th of April spring wheat was sown with spring oats sown on the 7th of April.  Andrew expects that they will be harvesting from early August, starting with spelt then rye followed by oats and finally the wheat. 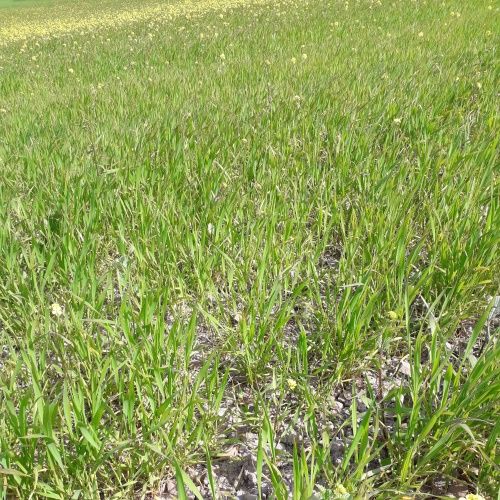 Clover on the Farm

Red clover is sown in a monoculture on the farm. The red clover acts as a valuable break crop as part of the rotation, improving soil structure, fertility, limiting weed invasion and supplying organic matter.

The Workman’s generally implement a two year fertility building phase with the red clover followed by a five year cycle of cereals. This can vary depending on soil type, weed burden and fertility.  The red clover is mulched during the growing season with a mulcher that was purchased in Denmark. It will be mulched from early to mid-May and every 3-5 weeks after that depending on growth.

There are plans to sow a further 12 hectares of red clover this year.  It will be sown at a rate of 5kg per hectare. 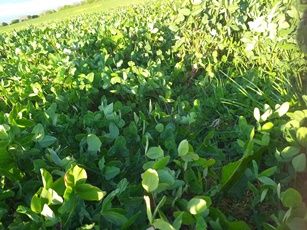 White clover has been under sown with the spring oats.  The white clover was sown at a rate of 5kg per hectare. Andrew is hoping that this will help suppress weeds while also improve soil fertility and soil structure.  This will be ploughed back before the next crop is sown.

About seven years ago Andrew and Leonie wanted a way that they could add value to their grain themselves. They decided they way to do this was to start processing the grains themselves and that’s when they started milling. They also recognised an opening in the market for other organic flours from other grains such as spelt and rye which they then started to grow.  Overtime the Workman’s  sourced all the necessary equipment.  Here is an overview of the on farm processing that takes place:

This move into processing has resulted in the development of an on farm family business. The Workman’s have full control from the sowing of the grains through to the distribution of the flours from their farm. Andrew and Leonie are very happy at how they and their farm have evolved in the past sixteen years.

For more information go to www.teagasc.ie/organics