Soil microbes are the key drivers of N transformations. Their activity determines to a large extent whether N is retained in a plant available form within soil, or lost to either air or water. Researchers Coline Deveautour and Fiona Brennan give more information

Nitrous oxide (N2O) is a potent greenhouse gas that has a global warming potential nearly 300 times that of carbon dioxide. It also depletes the ozone layer. In Ireland, agriculture contributes to 92.5 % of N2O emissions and is associated primarily with the application of inorganic and organic nitrogen (N) fertilizers, or through grazed animal excreta. Many factors influence the losses of N from the soil but soil microbes are the key drivers of N transformations. Their activity determines to a large extent whether N is retained in a plant available form within soil, or lost to either air or water. Losses of N from soil represent an economic loss to the farmer with potentially damaging environmental impacts. By understanding the microbial communities in soils, and the factors that influence their activity, there is great potential to manage soils in a manner to increase the efficiency of fertilisation and greatly reduce losses.

Nitrous oxide emissions can occur when gaseous forms of nitrogen are released in the atmosphere. This occurs principally through the process of denitrification, where microbes sequentially transform nitrate into either the potent greenhouse gas N2O or the environmentally benign di-nitrogen (N2). Whether N2O or N2 is released from the soil into the atmosphere depends on the presence and abundance of particular groups of microorganisms within the soil, as only certain microorganisms can transform gaseous nitrogen to an environmentally safe form. Microorganisms mainly denitrify under wetter conditions where there is excess available N in the soil so farmers can substantially reduce these gaseous losses by matching N application to plant growth requirements, and avoiding applying fertiliser under wet conditions or where heavy rain is forecast.

A national study on soil denitrification

An on-going large-scale study as part of the MINE (Manipulation and Integration of Nitrogen Emissions) project, funded by the Department of Agriculture, Food and Marine (DAFM) is currently evaluating the range of denitrification in Irish agricultural soils and whether these soils release mostly N2O or N2 emissions. This study encompasses a total of 136 sites across 32 different locations across the island of Ireland, including a range of soil types, climatic zones and landuses. A study at such a scale allows researchers not only to have an overview on soil denitrification but also on the specific characteristics of the sites that determine such emissions and enables us to address such questions as: 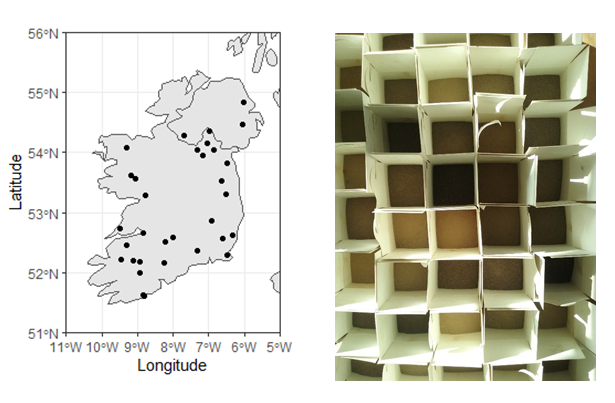 Map of the 32 locations included in the MINE study (left), encompassing a wide range of soil types (right). This is the first national denitrification study across the island of Ireland thanks to the many farmers that agreed to be a part of this research. The outcome of this study will be available around this time next year. 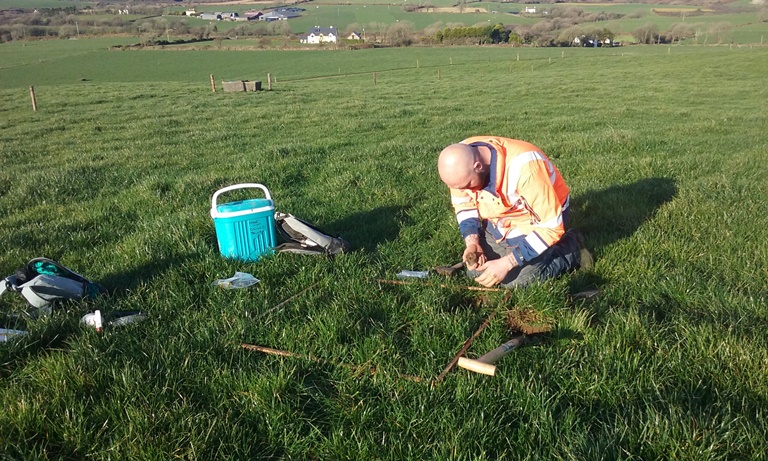 Soil sampling in Timoleague (Co. Cork), one of the 32 locations included in the MINE study.