Soil compaction has been identified as a key threat to soil quality related to grassland management. An intensity index has been developed to assist in managing this compaction. Giulia Bondi & Lilian O Sullivan of Johnstown Castle give more information

Grasslands make a significant contribution to global food supply and security by supporting the production of high quality livestock produce including milk and beef. In Ireland, soil compaction has been identified as a key threat to soil quality related to grassland management. Many studies identify machinery and livestock pressures as soil compaction or soil structural damage threats in grasslands. Heavy machinery passes need constant monitoring in order to avoid incidental topsoil compaction in the short term and, or, more long-term compaction to depth. Livestock treading may also cause damage, through poaching or pugging. The question remains not only which management operation represents a threat to soil structural quality, but also what “level of management intensity” soils can cope with based upon local soil and environmental conditions. To bridge this knowledge gap, we have developed reference values for annual grazing and machinery trafficking pressures able to identify soils that are potentially at risk of compaction.

A national scale study was completed to capture the range of land management practices across grassland systems. Grazing and machinery activity data were compiled across 38 managed grasslands along with common soil structural quality indicators in order to develop and validate a ‘soil trafficking intensity index for compaction (STICi). The index includes two component indices which can be used independently as trafficking indices for grazing (Gi) and machinery (Mi) operations or combined as an aggregated STICi. Gi assesses the pressure impact of grazing animal trafficking and Mi assesses the pressure due to machinery trafficking operations, such as fertilizer applications and mowing operations.

Each operation considered in the indices accounted for:

(i) weight applied to a specific field, for example machinery/animal weights;

(ii) frequency on which these weights are applied, for example number of harvests per year;

(iii) time of the year in which they are applied, for example season and weather (i.e. soil moisture condition).

Representative average values of trafficking pressure for grazing and machinery operations applied in Ireland for a full year of grassland management were derived:

The examined thresholds showed a large difference in total trafficking pressure between these two grassland management practices, with grazing management applying higher total trafficking pressure on the soil compared with machinery (in average; 213,914 kg × year ha−1 vs 4,412 kg × year ha−1), however distribution of load represented a higher factor in relation to compaction impact.

Livestock grazing presents a higher overall impact on soil. However, while the total annual pressure from grazing can be high (i.e., an animal hoof print exerts a high pressure on a relatively small area), such pressure is evenly distributed over the field area throughout the grazing season. Testing these grazing pressures against frequently used indicators of soil structural quality, such as bulk density or water holding capacity, we found that grazing had a much lower effect on soil structural quality. This means that soils can cope with higher pressure if this is distributed in space and time.  Farmers were found to practice similar grazing management operations, indicating that good grazing management practice guidelines are more standardised and established in Irish farms.

The total annual machinery pressure was relatively low; however, the concentrated pressure applied during individual machinery events can be very high and potentially result in more damage. In fact, machinery trafficking pressure had the biggest impact on soil structural quality parameters tested. The majority of machinery operations were performed by contractors. This sometimes increases the chance of using very heavy machinery, meaning high pressures applied to soil, often not at its best condition, which can greatly increase the risk of compaction.

Soil drainage class enhanced the sensitivity of the STICi to detect changes for frequently used indicators of soil structural quality. For both management operations poorly drained soils were particularly impacted by trafficking, being more prone to damage.

In general grazing management in Ireland has much lower risk for causing soil compaction compared with machinery operations but under wet soil conditions both interventions  require greater attention to help prevent damage. Figure 1 shows a graphical representation of the trafficking pressure applied in the surveyed farms.

Why this is good and how can it be used?

Utilising very few inputs coupled with local soil knowledge (i.e., general drainage class), the index provides the thresholds for end users to identify when soils may be at risk of compaction. This index provides support to different stakeholders, including farmers, advisors and policymakers, not only by better informing the effect of current management intensity on soil compaction but also by indicating how the soil compaction impact varies by soil drainage class, which at a practical level, may require a different management response. It is anticipated that this index could provide more targeted grassland management advice towards supporting sustainable intensification targets for grassland farming systems such as those put forward by the government of Ireland. 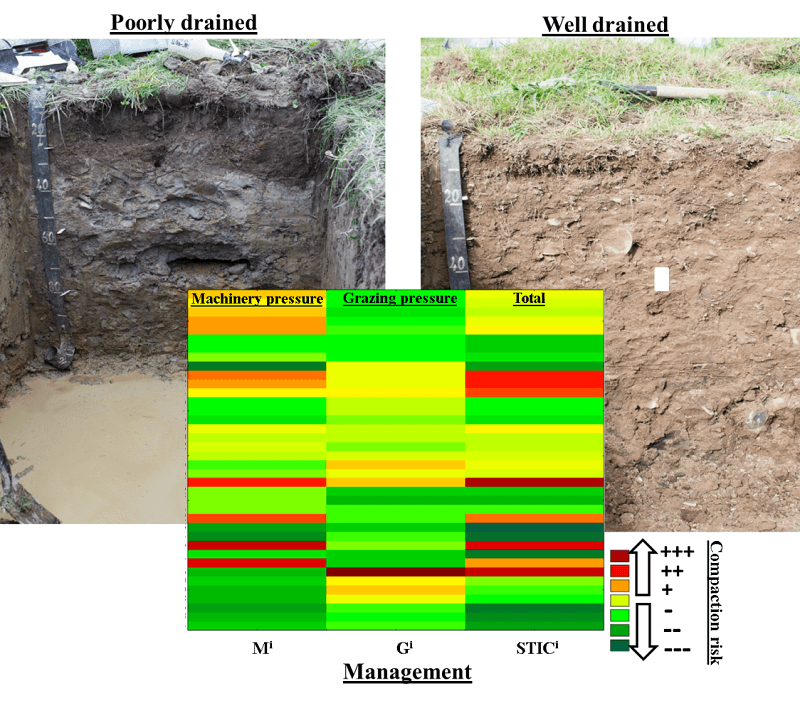 Figure 1. Graphical representation of the trafficking pressure applied in the surveyed farms and their relative compaction risk.

Further details are available here or on Twitter using the hashtag #teagascJC.