What is in Farm Roadway Runoff?

Roadway Runoff contents within 100 m of the farmyard or where roadway configuration or quality impedes cow movement along the network are not dissimilar to dilute slurry or dairy soiled water. Researchers Owen Fenton, Karen Daly, John Murnane, Paul Rice, Patrick Tuohy give information from the ROADRUNNER project

Farm roadways form an important part of the infrastructure on many enterprises, facilitating movement of animals and machinery in an efficient and controlled way. The use of farm roadways varies from intensive to occasional use and also varies seasonally. For example, on dairy farms, during the milking season the roadways are in daily use, particularly near the farm yard and milking parlour areas. In tillage areas, farm roadways tend to be used intensively for relatively short time periods by farm machinery during the sowing and harvesting seasons. As a result significant amounts of pollutants containing sediment, animal manures and urinate are frequently observed to accumulate on the surfaces and within the fabric of these roadways. Farm road surfaces tend to be mostly impermeable (even granular surfaced roads tend to become compacted and therefore more impermeable over time) and consequently much of the contaminated material simply sits on the road surface until it is either removed or washed along or off the road following rainfall events. Thus farm roadways have the ability to form a conduit which can quickly transfer contaminated rainfall runoff along its surface to other parts of the farm. The difficulty with this is that the contaminated runoff may find its way into ditches, streams and rivers very quickly. Indeed very often a high intensity summer rainfall storm event can result in significant levels of pollution as it mobilises fresh animal and machinery deposits very quickly to receiving waterbodies. Consequently farm roads are widely acknowledged as a significant runoff pathway; however the extent of their impact on surface water bodies remains largely understudied. A new EPA-DAFM co-funded project aims to investigate roadway runoff in detail.

Studies show that roadway runoff contains a mix of legacy (sediment and nutrients originating from the road surface) and incidental (nitrogen, phosphorus and pathogens from fresh urine and faeces) parts, which become temporarily mobilised during rainfall events. Cows defecate and urinate on average 10 times a day and a percentage of this occurs on farm roadways. This occurs more often where animals slow down or stop on the roadway network. Once mobilised, these legacy and incidental parts can provide connectivity between farmyards, hard standings, drainage open ditches (Figure 1), underpasses and fields. This may lead to losses being directly or indirectly lost to watercourses (Figure 2), which has negative implications for water status. The extent of connectivity is very much influenced by the physical road characteristics, such as road width, slope and surface type as well as its frequency and type of use.

Roadway Runoff contents within 100 m of the farmyard or where roadway configuration or quality impedes cow movement along the network are not dissimilar to dilute slurry or dairy soiled water.

This work was funded by the Irish Environmental Protection Agency and Department of Agriculture, Food and the Marine as part of the ROADRUNNER project; grant number 2018-W-MS-38. 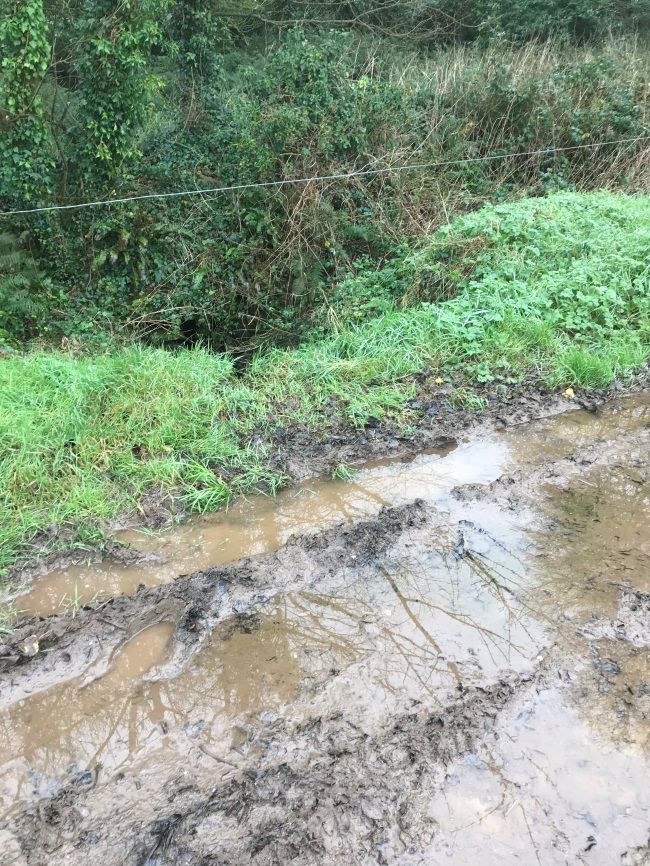 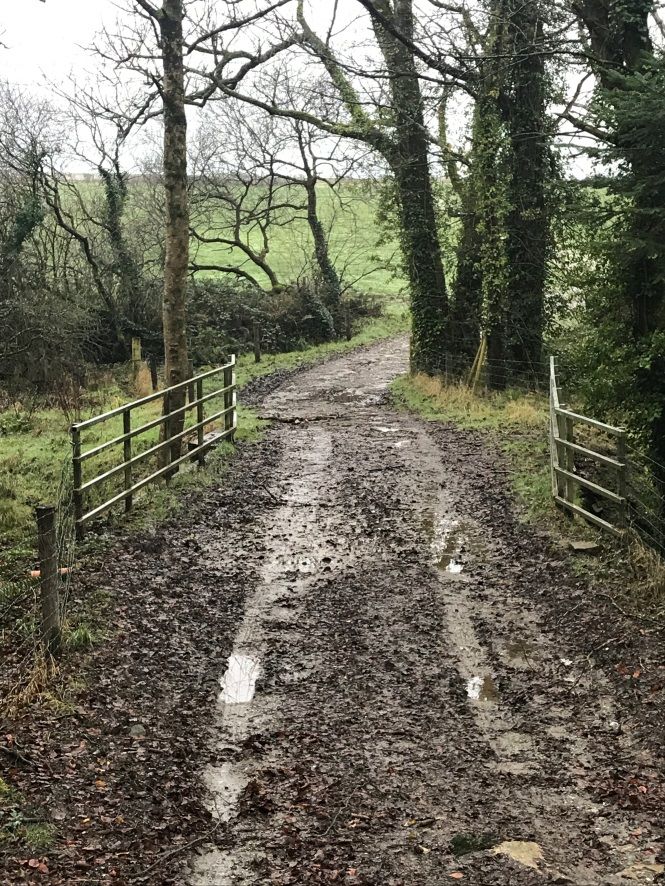 Figure 2: Roadway runoff interacting with a watercourse in Co Wexford