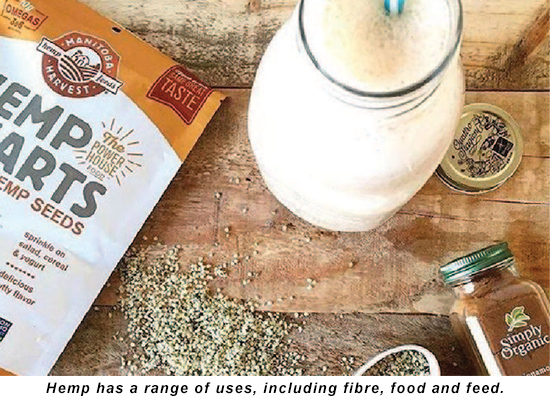 There has been a recent surge of interest in hemp production globally. Industrial hemp can be legally grown in Ireland under licence from the Department of Health for a range of uses, including fibre, food and feed. The varieties of hemp permitted are listed in the EU’s ‘Common Catalogue of Varieties of Agricultural Plant Species’. Industrial hemp is pretty much the same as cannabis, but without the narcotic effects of the active ingredient — tetrahydrocannabinol (THC). This may not exceed 0.2% in industrial plants. The hemp industry has been slow to take off in Ireland due largely to a lack of processing infrastructure.

With the recent renewed interest in hemp worldwide, it is important to look at the barriers faced by farmers, and then look at how we can unlock the potential of hemp growing as an alternative farm enterprise. The crop may be grown for both its fibre and oil.

Where can hemp be grown? 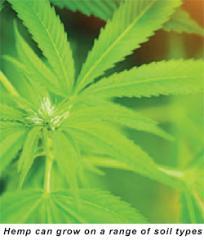 Hemp favours a deep humus soil but has been grown successfully on a wide range of soil types. Despite the mystery of hemp, it is like a regular crop. It is very traditional in terms of how you sow it, similar to drilling a brassica like kale. And it grows surprisingly well in an Irish maritime climate. It is called weed because it grows like one — very quickly and easily. Soil preparation for hemp is similar to other spring crops, such as spring barley. Hemp is seeded in the spring on well-prepared soils. Hemp seeds require a firm seedbed and good soil contact to germinate well.

Hemp grown in Ireland may be used to produce both fibre and seed. Fibre varieties may reach 3m in height under Irish conditions and are selected to produce large quantities of high-quality fibre. More recently, dwarf or dualpurpose hemp varieties have been introduced, primarily grown for the seed oil, with small quantities of fibre also produced.

Once extracted and processed, hemp fibres are mainly exported to Europe for use in the manufacture of car parts, textiles and construction materials. Major car manufacturers  are already using hemp biocomposites for car components, such as linings and parcel shelves. Other uses for the fibre include insulation and horticultural matting. The remainder of the plant, consisting of the hurd pith or the core, can be used for horse or poultry bedding, while the Hemcrete is used for house exteriors and lime blocks.

Licensing and the lack of an end market have been the main obstacles so far. There is also a lack of processing infrastructure. Currently, only cultivars with less than 0.2% THC, the narcotic component of cannabis, may be grown for fibre and seed oil production in the EU. The Misuse of Drugs Acts 1977 to 2016 gives effect in Ireland to the international conventions on narcotic and psychotropic substances, including the 1961 Single Convention on Narcotic Drugs. Cannabis derivatives, which include THC, are controlled by this framework. Cannabidiol (CBD) is not a controlled drug following separation and extraction. CBD is psychoactive, that's why people are finding it so beneficial, but it's not psychotropic. However, if CBD-containing products or preparations also contain THC, in any quantities, these are considered controlled drugs.

There is currently no legal exemption in Ireland under the Misuse of Drugs legislative framework for any amount of THC, causing a barrier for the processing of hemp in Ireland, as the main two cannabinoids in industrial hemp are CBD and THC. Some European countries have amended their national legislation to exempt finished products containing trace amounts of THC at levels not greater than 0.3%. This would remove the grey area concerning the production and sale of CBD products. To enable the development of an industry based on hemp, a licence to grow approved varieties of hemp can be obtained. The approved list of varieties is published by the Health Products Regulatory Authority (HPRA), which is a State body whose parent Government department is the Department of Health. Advice on obtaining a licence is available by emailing: controlleddrugs@hpra.ie.

The sale of flower and leaf

Under the Misuse of Drugs Acts, cannabis means any part of the plant of the genus cannabis, but excludes the following after separation from the rest of the plant:

Hemp farmers must under current legislation destroy the hemp flower, and as cannabinoids are produced in the flower head, this is yet another regulatory barrier to the development of an Irish hemp-derived food and cannabinoid market. The sale of the flower could be permitted between farmer and processor to allow for the extraction of cannabinoids. Once the cannabinoids have been separated from the plant material the waste can be destroyed, per An Garda Síochána requirement. The laws on CBD and cannabis internationally are in flux and confusion. In Canada, cannabis has been legalised for recreational and medicinal purposes through regulated outlets. In Ireland, it had been assumed that CBD-based food products, which can only contain a trace of THC at most and do not alter one’s mental state, would fall outside these regulations, but retailers have started withdrawing it from their shelves after queries from the Food Safety Authority of Ireland.

The EU is looking at labelling CBD as a “novel food”, the name it gives to products without a history of consumption. It has been used to assess the safety of new trends such as chia seeds, which had not been widely consumed in Europe until recently. CBD would, if it passes, be likely designated as a new food supplement.

Commonly, no pesticides are used on the crop. It is fast growing and quickly forms a dense canopy, which suppresses weeds. A pre-emergence broad spectrum herbicide will prevent competition with weeds in its early growth stages. Sowing should take place when there is no further risk of hard frost. Fibre crops require a higher plant density than those required for seed production. Plant density has little effect on yield, as self thinning is seen at high plant densities. It is also important for farmers to source seeds from official producers. Many farmers received stale seeds from unofficial suppliers with seed left over from the previous year.

To facilitate extraction of fibre from the woody core, following mowing in August, the crop is left in the field for three to four weeks to rett. This allows fungal and bacterial breakdown of bonds between the fibre and the surrounding tissue. The crop is then rowed up and baled. It must then be stored, undercover, before delivery to the factory in order to maintain fibre quality.

Dwarf or dual hemp varieties have recently been introduced in Ireland, most notably Finola. These varieties are much shorter, reaching just 1.5m, and are grown primarily for seed production, this makes them easier to harvest. The small amount of straw produced may be used in certain fibre applications, such as composite manufacture for construction and automotive materials.

Hemp oil has both industrial uses and applications in the health supplement and personal care markets. It contains many essential fatty acids thought to be of benefit to human nutrition. Hemp oil has similar industrial uses to that of linseed oil in paints and varnishes, and may also be used in printing inks and solvents.

Sowing rates are reduced compared to those used for fibre production. A sowing rate of 25kg/ha will generally give an adequate plant population:

The crop is harvested using a conventional combine harvester and the straw is baled for fibre use. Seed should be dried to 7% moisture and cleaned to 2% moisture admixture. 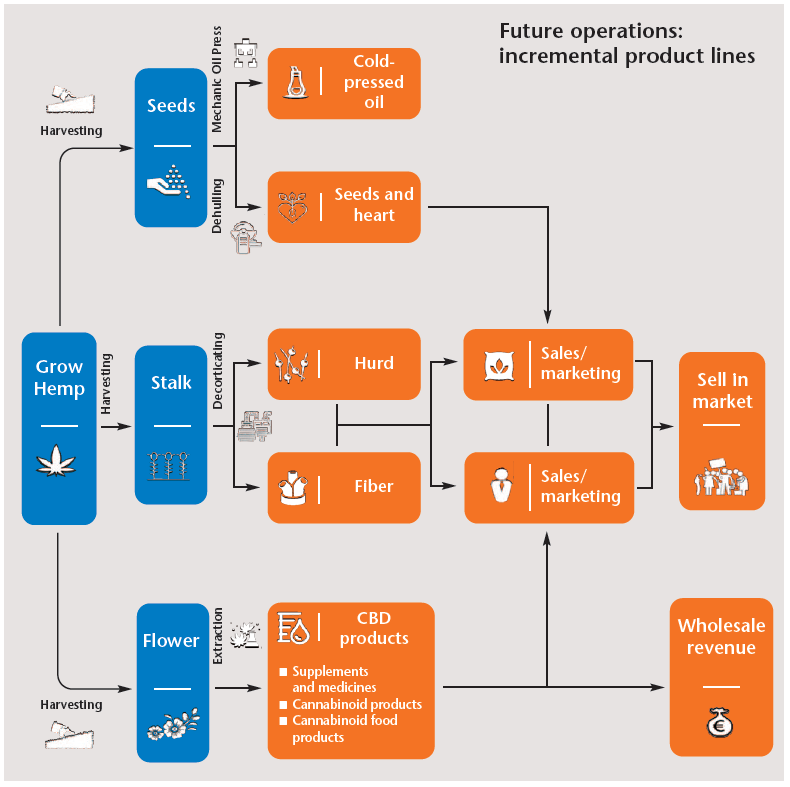 FIGURE 1: For now, all CBD products on Irish shelves come from foreign sources. Some Irish producers run their own line of products, using imports, under their own brand names. They require labs to test the products, for excessive heavy metal and toxins. There is currently no tolerance for any THC content, which also will be tested for prior to sale.