It is accepted that straw is not a prime energy source that will solve the world’s energy problems. However, given that straw is a by-product integrated with food production, its potential for use as a sustainable, renewable, alternative fuel source is noteworthy. In addition, increasing straw utilisation will have knock-on benefits to the economy, rural employment and farm income levels. Ireland’s area under cereals amounts to almost 270,000 hectares and yields approximately one million tonnes of straw. The traditional markets for straw include animal bedding, animal feed and chopping and plough back to increase soil carbon content.

Straw has been used in other EU countries for decades as a combustion fuel for both heat and electricity production. The Irish government and the EU have made clear their wish to promote the use of increasing amounts of biomass for the production of energy. The value of straw like any resource depends on demand and availability. Traditionally straw prices have been very volatile, but fixed price contracts are likely to be more attractive to growers now than they have been in the past. 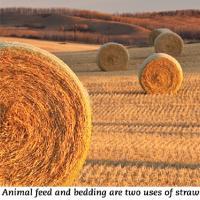 Straw can enter any of the following markets:

For the use of straw as fuel, its use in boilers might possibly lead to corrosion problems on heat exchange surfaces. There are a number of boiler manufacturers who will apply their boiler warranty to straw. Straw is a CO2 neutral fuel and that is the reason why it should be promoted in the energy supply chain. Straw has been used as an energy fuel in Denmark since the early seventies. 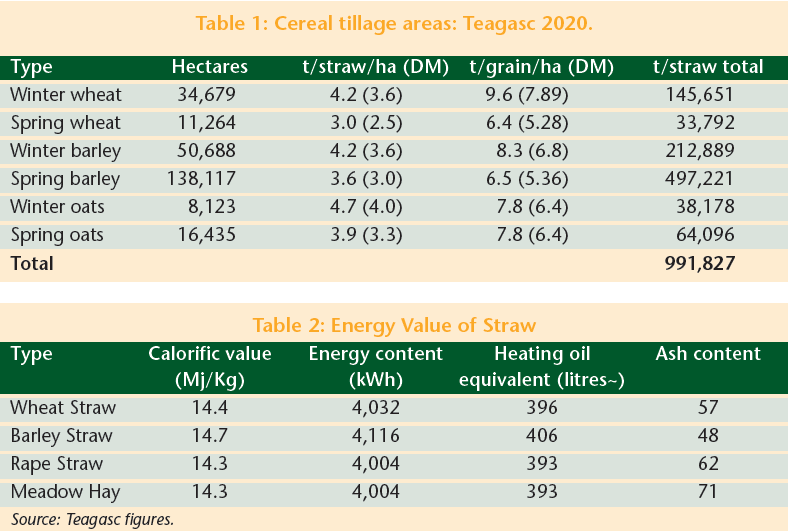 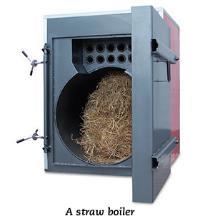 There are a number of boilers developed which can handle the more complex chemistry of straw for combustion. Batchfired boilers are available equipped with combustion air fans to control the air supply. Boiler plants for straw can be used for on-farm heat generation and for district heating. Straw can be presented in chaffed, pellet or whole-bale form depending on the boiler technology. 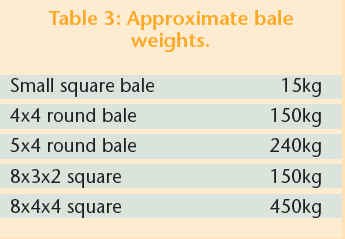 Winter crops of barley, wheat, oats and oilseed rape become available from July to August. The spring-sown crops become available in late August to end of September. Straw is normally baled in round or square bales and transported from the field to storage or directly off farm. Straw may also be recycled to the soil to improve soil structure and increase soil organic matter content.