ISH Young Breeders is accessible to ALL young horse lovers in this age group. The vision is to train the breeders, and industry contributors of the future, while providing opportunity to network with other like minded people, and maybe even meeting new lifelong friends.

National and World Championship competition are an important aspect of the programme, providing an opportunity to benchmark knowledge and skill levels against others, whilst also networking and making friendships.

The ISH Young Breeder National Championships are the first step in the qualification/selection process for team participation at the World Championships. Kildalton Agricultural College hosted the 2022 Championships on April 2nd.

WBFSH International Young Breeders World Championships took place July 7-9 2022 in Ermelo, Holland at the home of the KNHS, the National Sports Federation of the Netherlands, also the home of the KWPN Studbook hosted in style by the JongKWPN. 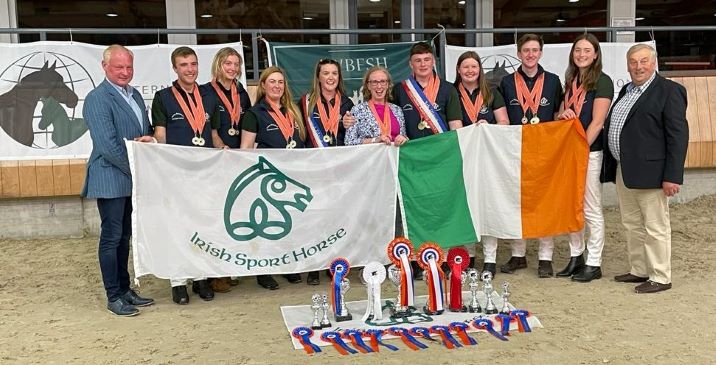 Training days at stud farms and production yards around the country provide a fantastic opportunity to engage with some of the best in the business. Training not only supports preparation for competition, but is also educational for those who aren't perhaps interested in / available to compete.

Sign up here to register for the Teagasc Equine Newsletter 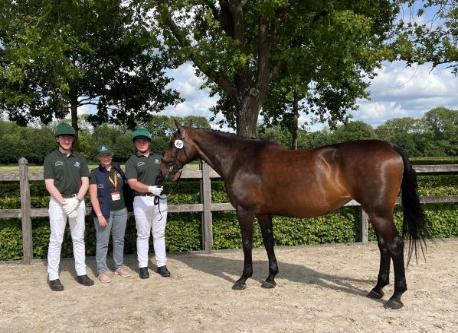 Handler Shane Donohoe photographed with Wendy Conlon and his assistant handler Edward Hennessy following his winning In Hand display at 2022 World Championships in Ermelo Holland; Edward was also himself placed third as a handler in this discipline.

Make sure to book early for upcoming events as places are limited for safety considerations: 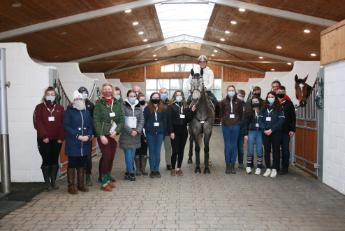 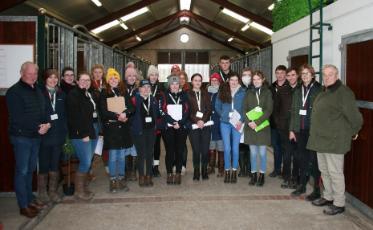 A group of 18 young people from all around the country completed further training and assessment ahead of World Championship team selection following the National Championships. They attended three training days at Kilconnel Stud, Enniskerry Farm, and Derryglen Stud which incorporated both instruction and assessment relating to the disciplines of assessing conformation traits, assessing athleticism traits, presenting a horse/pony in hand, and a multiple choice theory test covering a variety of topics.

Those aged 20-25 years of age who competed for a place on the Senior team were:

Those aged 15-19 years of age who competed for a place on the Junior team were:

Those selected to represent the Irish Sport Horse Studbook at the World Championships are identified in bold. 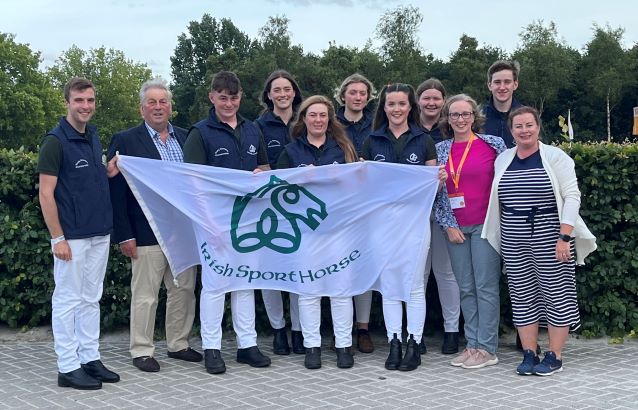