Amy is from Kiltegan in Co. Wicklow where her mother Lorraine’s ‘Daisy Cottage Farm’ award-winning food and bakery products are produced. Amy grew up with a keen interest in ponies and horses from an early age, owning her first pony ‘Buttercup’ at the age of four and hasn’t looked back since. She was a member of the Carlow Hunt pony club and also show jumped from the age of ten. Amy progressed through the pony ranks, represented Ireland on a Nation’s Cup team in Wales & West in 2003, thereafter moving onto horses and produced several youngsters over the years. In 2009 Amy qualified to jump at the RDS Dublin Horse show with her mare Little Elle ISH (Puissance ISH x Gentle Servant ISH). 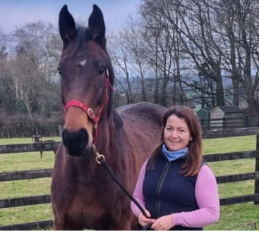 Amy’s lifelong goal was to become a vet.  Falling short of points required to obtain a place to study at University College Dublin didn’t deter her. Instead she availed of a place on the equine nursing course at St Patrick’s College Naas where “time was divided between the classroom and placement at Rathasker Stud gaining invaluable experience handling young stock and caring for both pregnant mares and those with foals at foot. Getting practical experience in good yards is so important.”

Following a year at St Patrick’s College Amy was delighted to be accepted by Warsaw University of Life Sciences in Poland to study Veterinary Medicine. Moving to Poland although initially felt slightly daunting the desire to become a vet and end goal outweighed any apprehensions and was the driving force to see it through. During the five and a half years of study in Poland Amy continued to broaden her practical experience working in the thoroughbred industry in both Ireland the UK and USA at every available opportunity while also competing and producing her own sport horses under the guidance of Jimmy Dermody, Tankardstown Stables. In 2012 Amy completed an internship at the Kentucky equine sports medicine and rehabilitation clinic (KESMARC).

Amy shares "travel has benefited my personal life and professional one. Allowing me to form connections around the world and has given me amazing opportunities to gain experience in the thoroughbred and sport horse industries."

Having spent the last six years (since 2005) working as an Equine vet in the UK, Amy has developed a keen interest in lameness and poor performance issues. Alongside the day job as a first opinion ambulatory vet at Scott Dunn's Equine Clinic in Berkshire she continues her studies through Liverpool University and is working towards a certificate specialising in lameness. Amy says "I hope to never stop learning and the hunger for knowledge is something that makes me passionate about being an equine clinician". 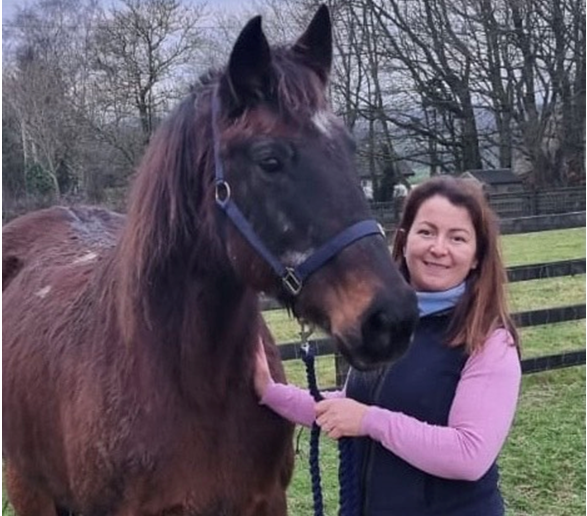 ut of Little Elle - a colt by Jaguar Mail (SF) (Hand In Glove (USA TB) x Laudanum TB). The goal for him was to produce him until a three year old and sell.  Unfortunately he succumbed to colic (every owner’s worst nightmare) in September 2021 despite the best efforts of the team at UCD veterinary hospital.  Little Elle jumped to 1m20 under amateur riders, and is from a competitive family being a full sister to 3*& 4* eventers Horseware Ardagh Highlight, Horseware Lukeswell, and the show jumping stallion Imperial Tiger. “The focus now is on maximising her breeding opportunities availing of embryo transfer (ET) and ovum pickup (OPU). Modern breeding assisted reproductive technologies increase the possibilities of positive breeding outcomes with older and reproductively challenged mares. No longer having to pause their competition career or being limited by a broodmare’s age allows them to be more prolific and extend dam lines.”

Amy’s mother Lorraine heard about the young breeders program and thought it would be something useful for Amy to become a part of.

Amy took part in the young breeders training program in 2008 when it was still in its infancy and considers she was “lucky enough to be reserve on the Irish young breeder team at the World Championships in 2009 at Kildalton College”. In 2011 Amy was also placed second in the senior division at the National Young Breeders Championships. 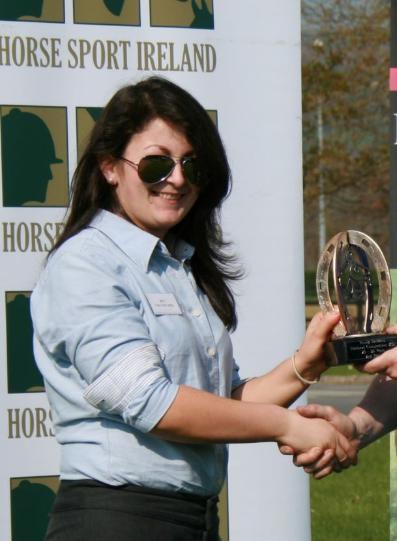 “Being part of the young breeders program has benefited me greatly not only towards my own interest in breeding but also towards my career as a Veterinary surgeon. Learning from experts in the industry while also making my own scoring decisions grew confidence in my own judgement when evaluating conformation and athletic ability with feedback from the trainers. Evaluating conformation and gaits is something I now apply on a daily basis. I can’t recommend this program enough to any young person with an interest in the equine industry. You have the opportunity to gain invaluable skills and knowledge, as well as friends and connections.” Amy’s advice to others in pursuing their own goals is “if you want something badly enough, keep working toward it. The journey to the end goal is not always linear but all of the experiences along the way can add to your personal development and demonstrate tenacity, perseverance and willingness to work hard toward future endeavors.” 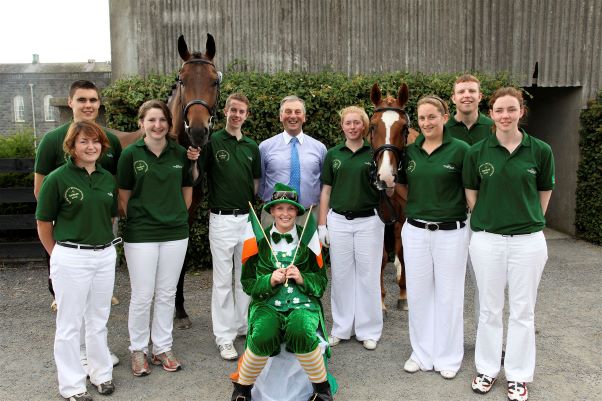