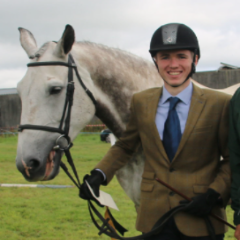 David Browne grew up in Castledermot, Co Kildare, where he starting riding at the local riding school at eight years of age.

Despite not coming from a horsey background his parents have supported him 100% in what has become a family interest. David is in his third year studying veterinary medicine at UCD.

David has two broodmares, with the objective to breed 1.40m and upward showjumpers that “are ridable, athletic and will have long, successful sport careers”.

He ﬁrst participated in the young breeders programme in 2016 with a desire to “improve knowledge and meet new people”.

He was selected to partake as a junior team member at the 2017 Young Breeder World Championships in Spruce Meadows Canada, which in his words was “an unforgettable experience” at which he was the highest placed Irish competitor.

“I knew very little about conformation or athleticism assessment before participating in the programme and learned an awful lot from the many horses assessed on training and competition days with the guidance and feedback from trainers and judges,” David says. The friendships which evolved are also very important to him, as David is very much a people person.

Spurred on by his success in the young breeder programme, David bought his ﬁrst broodmare in 2017, Huntstown (Loughehoe Guy x Clover Hill), a half- sister to the approved stallion Yeats (Cruising x Clover Hill). David crossed her with Cornet Obolensky to produce a colt in 2018. By the end of 2018 another broodmare You Two Delilia (Warrenstown You Two x Furisto) was purchased. David then opted to seek guidance from young breeder trainer Andrew Hughes. Having discussed aspirations for the breeding programme, available funds, and critically assessing the two mares it was decided to sell both and start again.

At the end of 2019 David purchased a four year old mare, MHS Twenty Eight (Quidam Junior I x Diamond Serpent). She is a half-sister to MHS Cardenta, World Silver Medallist of the six year olds at Lanaken in 2019 and out of a half-sister to MHS Washington competing at 1.60m with Laura Renwick. All going to plan MHS Twenty Eight will produce a foal by Hos d’O (Dollar de la Pierre x Cumano) in 2021.

David is also very excited about Perigirl Hero Z (Perigieux x Diamant de Semilly x For Pleasure) a 2019 ﬁlly he purchased as a yearling from Luc Henry. “She has everything I look for in a mare, very blood, outstanding presence and super genetics. She is from the Usha Van’t Roosakker family and hopefully she will be lucky for me.

“My involvement in young breeders fed my enquiring mind, while also giving me the conﬁdence to ask questions and look for guidance. I am very grateful for all the time given by Andrew to advising, opening up other doors and encouraging me. For me, it is all about the mare now,” David says. 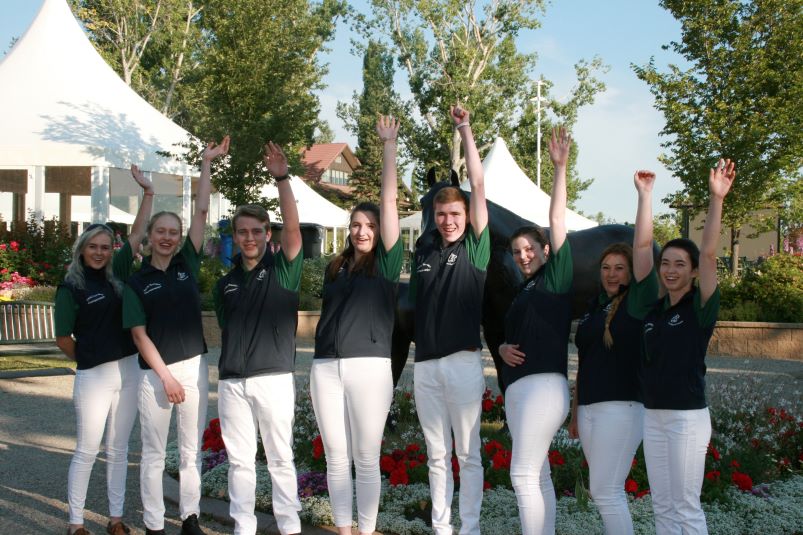