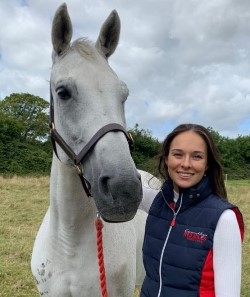 Nicole Groyer grew up in Naul, North Co. Dublin surrounded by animals and horses on her grandfather's farm. Her interest in horses began from an early age when her mother took Nicole to local agricultural shows, hunts and annually visited the RDS Dublin Horse Show. Nicole was lucky enough to have her own Shetland pony from a young age but the strong interest developed during secondary school years when most weekends and summers were spent competing in eventing, dressage, pony club, working in various yards and schooling young horses.

Nicole studied Animal Science-Equine at UCD, graduating in 2018. She excelled on the course and completed her work placement in Coolmore, Kentucky, USA, where she gained hands-on experience during the breeding season with mares, foals and yearlings and had the opportunity to stay and work the Keeneland September Yearling Sales.

Since graduating, Nicole completed the British Horse Racing Authority Graduate Scheme in Newmarket, working at Weatherbys UK before moving back to Ireland to work with Connolly’s RED MILLS as part of their International Team. Nicole has been with Connolly’s RED MILLS since the Summer of 2021 and works closely with yards, stud farms, trainers and training centres across Ireland, Europe and the Middle East preparing diet plans and offering advice to customers.

Nicole’s goal is to start a small breeding enterprise in the future. Her plan is to find a nice performance dam-line filly or retired performance mare and breed horses that can go on to compete and be successful on the world's stage. Nicole said ‘My ambition is to breed top class performance horses. I look forward to the day I can walk out to the field and take a look around me and see well related broodmares and their foals with a bright future ahead of them! The love of the horse is always the most important thing for me and why I am so passionate about breeding. I would like to be able to say I have been a contributor in raising Ireland’s breeding profile on the international stage.”

Nicole says “The ISH Young Breeders programme has opened up so many doors for me and I have made some great friends. The training days have afforded me the opportunity to visit top class yards and we have been supported by great trainers such as Jack Doyle, Andrew Hughes, Tiernan Gill and Philip Scott who take the time to explain what they see through their eyes and discuss with us.” Nicole began attending young breeder training in 2016, placing seond in the 2016 National Championships. In 2017 Nicole made the supreme commitment of flying home from the USA during her work placement period to attend young breeder World Championship selection days. She was subsequently selected for the team to travel to Canada in 2017 but unfortunately had to relinquish the place due to work commitments. Hard work pays off and Nicole again met the selection criteria in 2019 to travel with the senior team to the World Championships in Austria.

Nicole is very grateful for all the opportunities she has been given throughout her education, work, and as an ‘ISH Young Breeder’ - “The skills and knowledge I have gained through the training days has been a great foundation. I have no doubt these skills will come into focus in the next few years for varied uses including purchasing a horse; decisions about which mares/stallions to use; assessing offspring; presenting horses for inspection, sale, show or competition.” 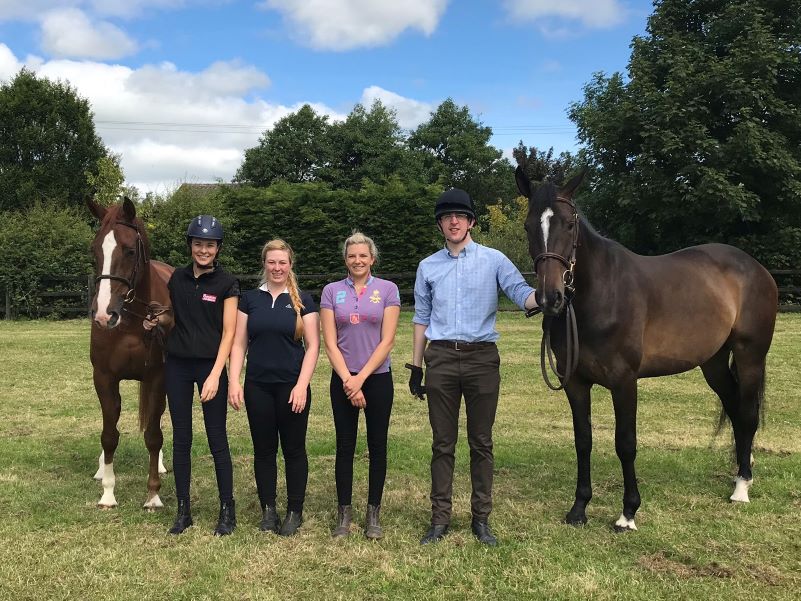 Nicole with her teammates in training for the WBFSH Young Breeder World Championships at Stadl Paura, Austria July 2019