Tom O'Neill, Co. Cork is a GLAS participant who availed of the Traditional Farm Buildings Grant Scheme for repairs to an old 1740s tower building. Eimear Connery, Teagasc Advisor has more details. For one more day, of a four day focus, Teagasc Daily will focus on Co Cork participants of this scheme

Tom O’Neill farms just outside of Castletownroche in North Cork.  Tom is a participant in GLAS and was therefore eligible to apply to the Heritage Council for the Traditional Farm Buildings Grant, which is funded by the Department of Agriculture, to repair an old stone building in the farmyard.

The building was built in the 1740s and forms part of an old courtyard complex which is present on the 6” historic maps.  Two of the buildings within the farmyard complex are recorded on the National Inventory of Architectural Heritage and also recorded on the SMR maps in Cork. The farm is also within close proximity to Blackwater Castle so the area is rich in history. The essential repairs that were required include repairing slate roofing & some timber latts. The walls of the main tower section also needed to be repaired. 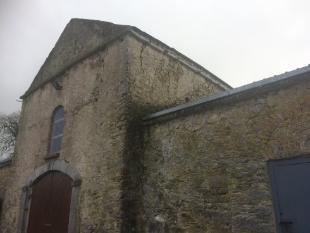 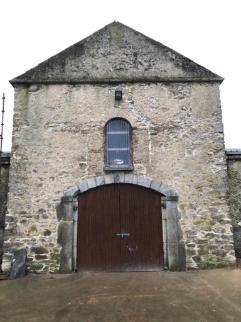 Left: Building prior to restoration work showing cracks in the structural walls of the tower. Right: Building after repair work had been carried out.  Repointing of stonework to repair structural damage to walls of tower.

Tom applied for the grant for restoration of old farm buildings which is only available to farmers in the GLAS scheme and got through the first stage of the grant application process.  Once he had secured full grant approval, the next step was to carry out a bat & bird survey.  No bats/wildlife were present in the building which allowed work to commence during the summer months. 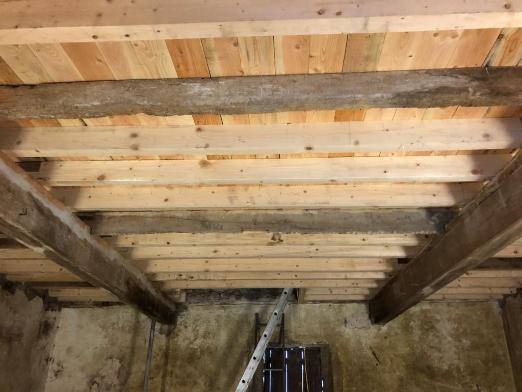 Repair to loft of tower carried out.  Original timbers were used where possible.

“An imperative part of the Heritage Council grant is to promote repair rather than replacement,” says  Anna Meenan, project manager, GLAS traditional farm buildings grant scheme at the Heritage Council. “So, whenever possible, building materials are reused.” All waste material was disposed of in an environmentally sustainable manner.

The Heritage Council administers the GLAS Traditional Farm Buildings Grant Scheme for the conservation and repair of traditional farm buildings and other related structures on behalf of the DAFM. Grants awarded will not exceed 75% of the cost of the project, with a maximum grant of €25,000 and a minimum grant of €4,000. The aim of the grant is to restore these buildings to be structurally sound with minimum intervention. Grants will also be available for other related structures such as historic yard surfaces and landscape features around the farmyard such as walls, gate pillars and gates.

To be eligible for the scheme, buildings and other related structures (constructed before 1960) must have architectural or vernacular heritage character, make a contribution to their setting and not be overwhelmed by large-scale modern buildings.

In addition, Teagasc Advisors Enda Maloney Kanturk and Eimear Connery Middleton played key roles with the initial information of the Grants Scheme and for the encouragement to submit an application.

The Scheme closes on Monday 5th April and application must be made online to the Heriatge Council. More on the GLAS Traditional Farm Buildings Grant Scheme can be found here. See Department of Agriculture Food and the Marine Press Release here

The final article will follow on Cork farmers on Sunday. There are four articles in this Series in total as follows: