Niall Farrelly, Senior Forestry Research Officer Teagasc, discusses over 100 years of research from Avondale Forest Park, Co. Wicklow and how this leads on to new forestry research called FitForests which will assess the suitability of different tree species to adapt to climate change.

(Figure 1 Above: Avondale pictured in 2020 with experimental plots of various tree species to the right and left of the great ride)

The current recommendations for species selection for Irish forestry are based on empirical evidence from over 100 years of research and development expertise. For example a series of experimental plots of native and non-native tree species were planted in Avondale in 1905 to demonstrate the species which showed adaption to Irish conditions (Figure 1 - main photo above).

Between 1905 and 1913, 104 different tree species were planted in plots in areas considered likely to be suitable for their successful growth. Up to this time there was limited information on the success or otherwise of a range of tree species in which to commence widespread tree planting in Ireland and provide widespread recommendations.

The growth of the tree species in Avondale was mixed, of the broadleaved species only sycamore, Spanish chestnut, beech, and hornbeam showed promise (Figure 2). The performance of the two native oaks, was generally disappointing but they performed much better than the non-native oak species, most of which failed (Figure 3). Of the coniferous species, some succumbed to frost damage or were maladapted for Irish conditions. The best performing species were Sitka spruce, Norway spruce, and Douglas fir (Figure 4). Other species benefitted from being planted in sheltered locations on toe-slopes particular the western red cedar and the coast redwood which have attained massive size in Avondale (Figure 5). 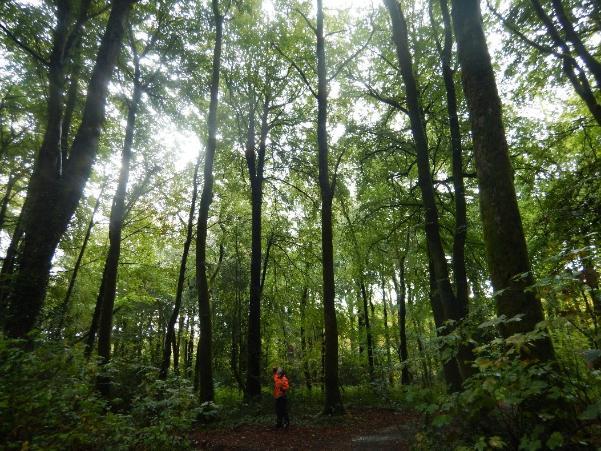 Figure 2: Surveying quality stems in a stand of Beech (Fagus sylvatica) in Avondale, a species that has fallen out of favor but warrants greater appreciation as it performs an important function in mixed forests. 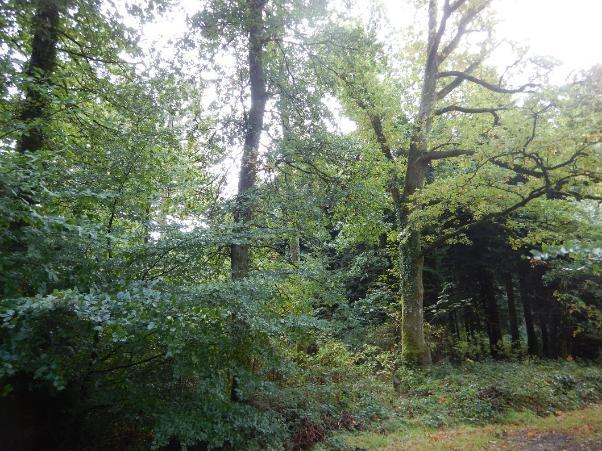 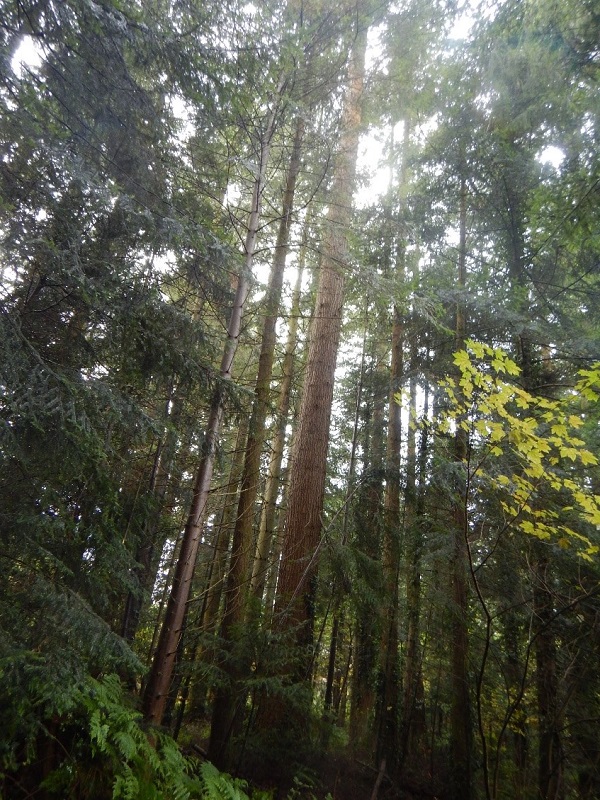 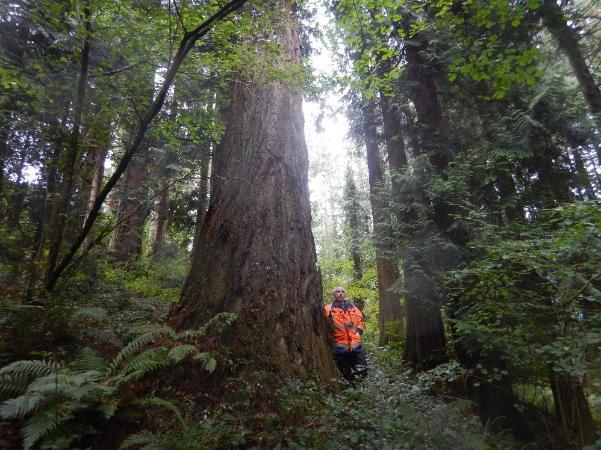 Figure 5: Only an infant at one hundred years old, the author with a magnificent coast redwood (Sequoia sempervirens) and abundant understorey in Avondale. A species to consider for future planting as it offers significant CO2 sequestration potential and is resistant to a host of pathogens.

While there are a list of native tree species which can be expected to be adapted to Irish conditions (Oak, Birch, Alder, Aspen, Cherry, Hawthorn, Hazel, Holly, Yew, Juniper and the honorary Scots pine), the choice is ultimately limited– if further diseases become established in Ireland (as occurred with Dutch Elm and Ash dieback diseases) then we could run out of species options for native woodland establishment. Other species have become naturalised in Ireland, Beech for example can provide quality timber, is aesthetically pleasing and may be used for ornamental planting, shelter and hedging.

Are our tree species adapted for changing climate conditions?

As trees take millennia to evolve, whether tree species can adapt in a short period to altered climatic conditions in uncertain. The Oak trees we plant today are likely to be growing into the 22nd century where the climate is likely to be very different to today, therefore we need to ensure that are sufficiently adapted for future conditions and utilise seed origins in which to achieve this.

There is prudence in having a wider pool of species and seed origins to ensure that our forests can remain resilient in the face of biotic and abiotic threats.

Increased globalization is creating unprecedented pressure on natural forests from deforestation, efforts we make in Ireland to safeguard these forests are critical, while we can continue to demand protection of these forests (including the amazon rainforest), if society only uses wood from sustainably sourced wood products it may serve to protect these valuable natural forests which are the lungs of the planet from logging.

Research in Teagasc will therefore assess the suitability of different tree species and seed origins to climate change. A new research project called FitForests, is funded by the Department of Agricuture Food and the Marine, further details of the research are available here