Oak - King of the Forest


The oak has long been regarded as the King of the Forest. It's one of the most striking features in the Irish landscape. Many townlands are named after it, and also, two Irish counties, Derry and Kildare, are derived from the Gaelic word dair. Michael Somers, Forestry Advisor has an interesting read

Striding majestically as its crown leaps over the autumn fog, Oak was widespread and once an essential tree in ancient Ireland, revered by ancient Celtic peoples and the colonizers. Many townlands are named after it, and also, two Irish counties, Derry and Kildare, are derived from the Gaelic word dair. Oak was prized for its acorns, wood, and bark. The bark had many uses, including the tanning of leather and vessels for keeping food when pottery vessels were not available. Acorns were used to feed pigs, and a single oak can provide enough acorns to fatten one pig in a single year.

Oak for wood and other uses

The wood from the oak has been used extensively over the centuries. It is hard, durable and robust, even when exposed to dampness. Until the middle of the 19th century, it was the primary material used in shipbuilding. A naval galley would require 8 ha of oak timber. During the “Plantation of Munster,” (1583) vast quantities of oak were felled for use in the construction of ships (for the navy) and timber-framed houses. This was one of the significant events contributing to the loss of oak forests and woodlands in Ireland. 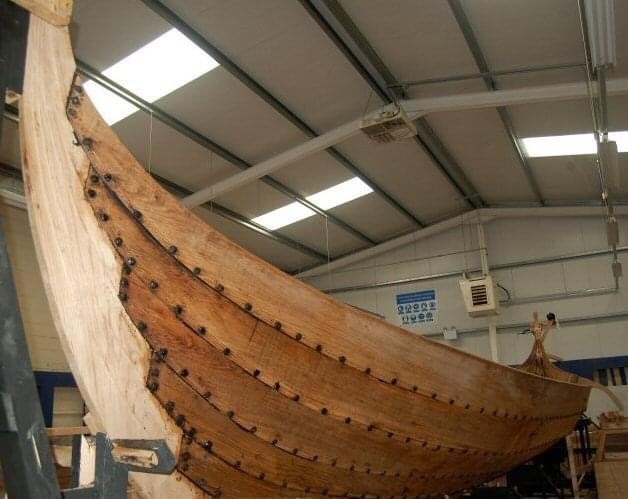 Today oak is still used in furniture making. Oak and its products have had many other uses: for example, it was used for smoking food (shavings), leather tanning (bark), iron smelting, feeding animals (acorns or mast for pigs), and charcoal making.

The economic production cycle for high-quality oak will span over a century. It is difficult to justify the economics of oak for just timber production, but oak as a tree has been around longer than the science of economics. As tree species go, it reinvented itself over time through its non-timber benefits. Therefore the economics of growing oak is not solely concentrated on the production of logs. Food production, especially from decorative fungi like truffles, is just one non-timber product derived from the king of trees. Such trees are inoculated with the truffle before planting. 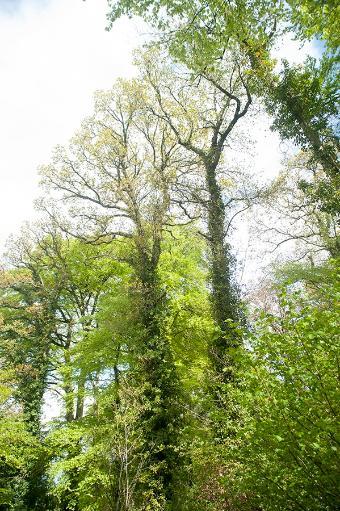 Oak is also the ugly duckling of tree species. After being planted, it can be crooked and poorly formed. But it does straighten. Formative shaping can help in this as well. Oak does not respond well to thinning. Thinning needs to be light because the species goes into thinning shock and produces epicormic branches. These match-like branches are undesirable in growing knot-free timber. Selecting and marking potential final crop oak is an essential process, and one tree should be removed for every potential crop tree.

As we enter a new era of sustainable carbon agriculture, oak has a considerable role to play. Oak plantations have much lower carbon storage rates during the first rotation than conifer plantations such as Sitka spruce. However, these two forest types may have similar equilibrium carbon storage values. Oak forests have larger biomass at the time of harvest and produce relatively longer-lived products than spruce forests. Although there is no relationship between carbon storage and storage rate over the first rotation, the storage rate is most significant in high-yielding plantations. Yet carbon is only one part of this story. Over 300 species of flora and fauna call oak home. As well as King of the Forest, it is the Lord of bio-diversity.

As time passes on, the cultural heritage of this remarkable tree will be intertwined with dealing with future stresses on the carbon emergency ensures oaks' story is only partially written with many more chapters yet to come.