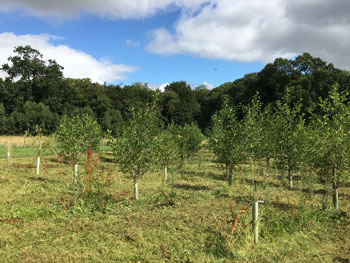 Studying genetic diversity of ecologically and economically important tree species has become a promising tool for tree breeding, improvement and conservation programmes, which could enable new and existing forests to maintain their functionality, contribute positively to quality and productivity, and increase forest resilience to potential abiotic and biotic threats. Advances in plant genomics have already disclosed the genetic basis of various advantageous traits.

In Ireland, we have established in-situ and ex-situ conservation gene-banks and seed orchards of commercially important broadleaved tree species such as alder, ash, birch (silver and downy), and sycamore.

Aim of the project

The aim of the BroadGen project is focused on: 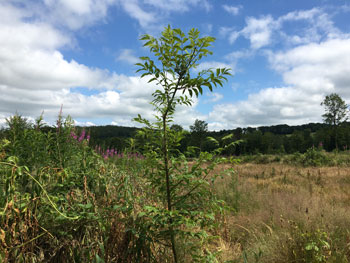 The project will employ integrated techniques of molecular biology, DNA fingerprinting, bioinformatics, and plant pathology to understand the genetic relationship within and among the populations of alder, birch and sycamore as well as the resilience for ash and alder to existing diseases under natural and controlled environmental conditions in Ireland.

Genetic profiling of the seed orchards for broadleaved species will maximise their utilisation and complement the efforts in the establishment of these seed orchards. Moreover, the results would also indicate whether the existing seed orchards of these broadleaved tree species are genetically diverse enough to continue our reliance on them or if there is a need for increasing diversity by adding genetically-diverse genotypes that are suitable to Irish climatic conditions.

Findings from the BroadGen project will deliver greater understanding of the extent and nature of genetic diversity and resilience in gene-bank collections; thereby enhancing the role of these resources in improvement and conservation programmes of these broadleaved tree species in Ireland.

BroadGen project is funded by Teagasc under the Walsh Scholarship Programme for four years.