Catherine Keena, Teagasc Countryside Management Specialist takes a closer look at some of our native Irish biodiversity to look out for in the countryside. Here she shares some interesting facts of nature about Honeysuckle (or Woodbine) and Foxglove 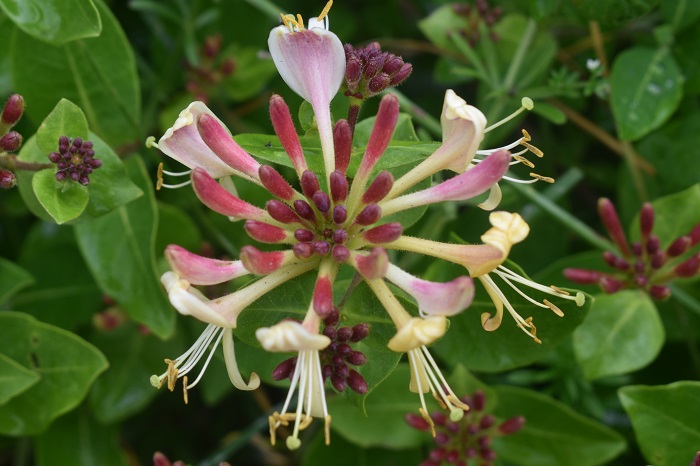 Look out for honeysuckle, also called woodbine, a climber that winds its way clockwise around trees and twines through hedges. It can embrace a tree tightly, leaving a permanent spiral grove. Scarcely noticed until flowering, clusters of trumpet shaped flowers, red in bud becoming red, pink, golden, yellow or cream, with prominent stamens and stigma, evoke a powerful sweet scent in the evenings, when moths are on the wing. These include elephant hawkmoth, convolvulus hawkmoth, privet hawkmoth and silver Y. Following pollination, flowers turn to orange. A symbol of beauty and summertime, also of strength and slow inexorable power, binding tightly as it matures - part of our native Irish biodiversity 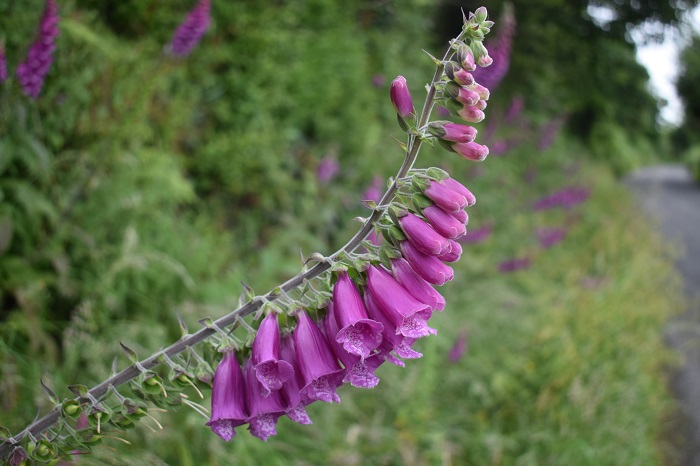 Look out for foxglove with its enormous spike of thimble-shaped, mauve-purple flowers located on one side of its stalk. Flowers develop from the bottom upwards, so each spike has flowers and fruit at nearly every stage of development. Loved by bees, other insects shelter in the flowers on cold evenings. Often found on hedgebanks, foxglove thrives on dry acid soil and colonise bare soil. Containing the powerful drug digitoxin, used to regulate heartbeat, pulse and blood pressure, foxglove was regarded as mysterious in the past, both feared and respected. Known as folk’s glove, fairy fingers or fairy bells – it is part of our native Irish biodiversity.