Investigating the role of red clover on beef farms

There is an increasing need to improve farm gate nitrogen (N) balance on beef farms given rising fertiliser and environmental constraints. Farm gate N balance takes into account N imported onto farms in the form of chemical fertiliser and feed compared to N exported in the form of animal protein (i.e. beef). Central to improving N balance on beef farms is maintaining or increasing animal output while limiting N imported in feed and fertiliser.

Legumes are a plant family which benefit from a phenomenon known as biological N fixation.

Biological N fixation is a process which converts atmospheric N into a form of N that the plant can harness for growth thereby reducing the need for imported forms of artificial N.

This process is carried out by N-fixing rhizobia bacteria which live in nodules on the roots of legume plants. Red and white clover are two of the most commonly grown legume species in Ireland.

White clover, in particular, is a key constituent species of many grazing swards where it has been demonstrated to support excellent levels of animal live weight performance while substantially reducing the requirement for imported N fertiliser.

Red clover swards have the ability to fix higher levels of N (150-200 kg N/ha annually) when compared to white clover. Unlike white clover, which has a stoloniferous growth habit (i.e. reproductive stems growing along the ground), red clover has a tap root and grows upright with the crown acting as the growing point from which the stem grows and where nutrients are stored. The growing point of red clover is set higher in the sward than that of white clover or grass species making it more vulnerable to physical damage from animals and machinery. This means that red clover is less suitable to frequent grazing and is established more often as a silage crop. Red clover swards generally persist for two to four years under a multi-cut system, although well managed swards can persist somewhat longer.

Research at Teagasc Grange highlighted the ability of red clover swards to produce high yields of forage over a six-year period, particularly when sown in a binary mixture with perennial ryegrass and where no external source of N fertiliser was provided. This research found that perennial ryegrass/red clover swards produced a similar annual yield to perennial ryegrass-only swards receiving 412 kg N/ha when managed under a four-cut silage system (Table 1). Although red clover content in the sward declined over the six year period, it still contributed 44% of the sward in the sixth year prior to the end of the experiment. Given the current focus on reducing N to meet economic and environmental objectives, there is a need for further research into the potential to integrate red clover silage swards into farm systems for dairy and suckler calf-to-beef production. 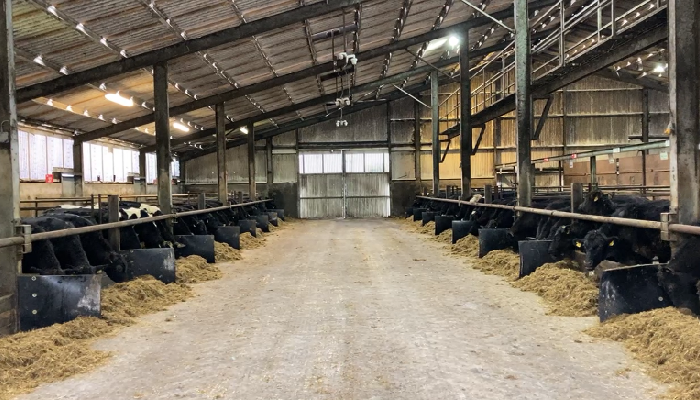 Currently much of the research focus of the dairy-beef herd at Grange is on creating profitable systems with early slaughter ages by optimising animal genetics and grassland nutrition.

We have previously outlined the animal performance levels achieved from the Grange dairy-beef research herd; typically carcass output per hectare is close to 1,000 kg and slaughter age is four to five months earlier than the national average dairy-beef animal. As a result of the earlier slaughter age, cattle are drafted for slaughter from the end of the second grazing season up to January of the second winter, thereby shortening the second indoor feeding period when cattle are finished. This lower silage demand affords the opportunity to explore alternative silage production strategies and in particular to investigate the opportunity to substantially reduce silage fertiliser N requirements by incorporating grass/red clover swards. Since chemical fertiliser N accounts for 75% of total fertiliser imported onto the system, this would also considerably reduce total N imported and improve the N balance of the research system.

Given the grazing limitations, potentially lower persistence and recommended four year break between red clover crops, it is not practical on most farms for all of the silage area to include red clover. With this in mind, this research will explore the yield and quality differences between perennial ryegrass and perennial ryegrass plus red clover swards. A key question will be the suitability of red clover/perennial ryegrass silages for feeding to different categories of animals (first winter or finishing) over the indoor feeding period.

In addition to agronomic measures (yield, quality, persistency, etc.), this project will include a detailed assessment of feeding grass/red clover silage on:

of Angus and Aubrac sired steers from Holstein Friesian dams.

The swards with red clover will be managed in a three-cut system followed by one or two aftermath grazings with dairy-beef weanlings in the autumn/winter to ensure a low cover is carried into the winter. This is important to maximise light penetration to the base of the sward and ensure new growth for first cut the following summer. Further research will be carried out in Teagasc to investigate optimum management practices to improve the persistency of red clover in these silage swards.

The inclusion of red clover into silage swards has great potential and, when combined with a range of other management and animal breeding technologies, can future proof beef systems by enhancing N balance and ultimately economic and environmental efficiency.

Find out more in the video below from Nicky Byrne on the progress of the red clover silage sward since August 2020.