The large pine weevil (Hylobius abietis) can cause very substantial tree plant mortality in reforestation sites. Felling a coniferous crop produces a large increase in breeding material for the pine weevil, whilst plant material suitable for adult feeding is reduced. Young trees used for restocking are liable to be heavily attacked by adult pine weevils feeding on the stem from the root collar upwards. Heavy damage can completely girdle stems and cause plant death.

Adult large pine weevils may live for up to four years. They may attack at any time of year when it is warm enough for insect activity. Most pine weevil feeding occurs between early March and November. However, there is a tendency for two peaks of damage to occur, one in spring before egg laying and the other in late summer before the adults hibernate underground. The timing of these feeding periods depends on both the physiological condition of the insects and the ambient temperature. The relative magnitude of these peaks will vary from forest to forest and from year to year. For instance, conditions in 2016 produced very high numbers.

Many adult pine weevils can emerge from a single stump and associated root system, resulting in populations as high as 100,000 adults per hectare. Most will feed on adjacent mature trees or on weed species on site, but heavy feeding damage on trees planted on reforestation sites is also very likely.

The period during which plants remain vulnerable to damage varies considerably, depending on plant size and species as well as insect populations. Typically, after two growing seasons, Sitka spruce  will no longer be susceptible to damage. Douglas fir on the other hand remains susceptible for several growing seasons.

No successful means of controlling the population in the stumps is currently available.

It is therefore necessary to protect the plants directly through dipping and/or spraying with the insecticide Cypermethrin. It is important to note that the knapsack application of Cypermethrin is only effective for approx. 6 weeks, so predicting the optimum time of application is critical.

Clear the soil away from a quarter of a stump, at least 40 cm out and 30 cm down from soil level. Also include at least one major root and two root- stump junctions. Remove bark from the cleared area using a wood chisel. Count the number of weevil larvae and pupae. Weevil larvae are not segmented or ridged and tend to form a C shape. Sample at least five stumps.

This method should be viewed as an indicator only. 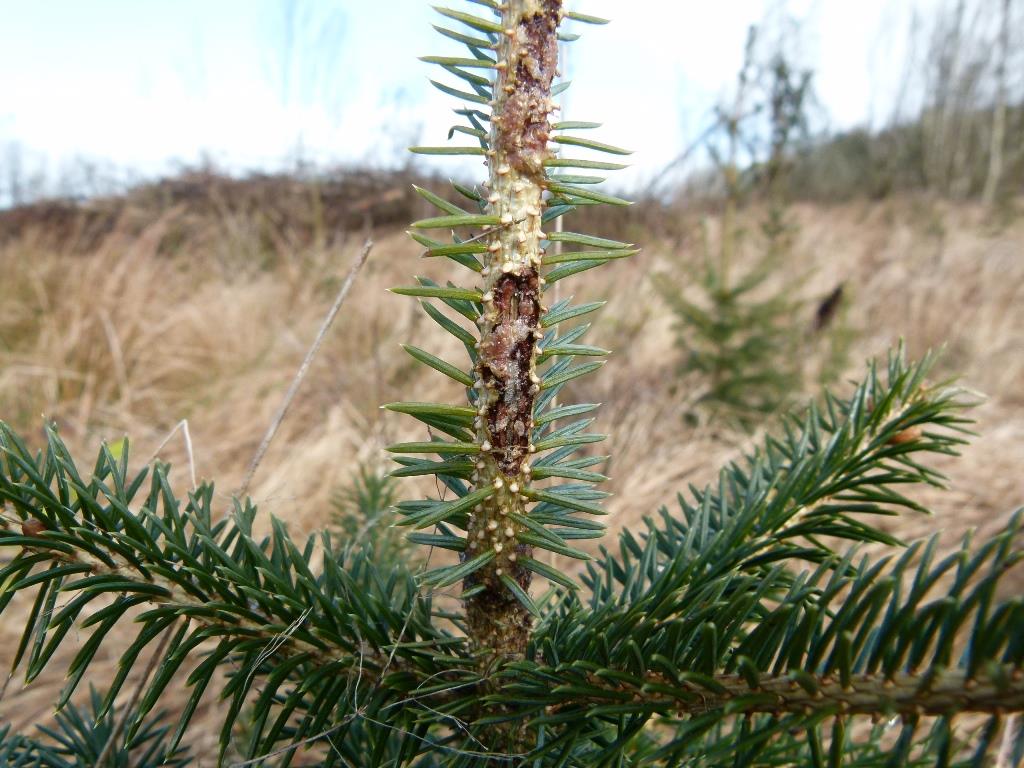